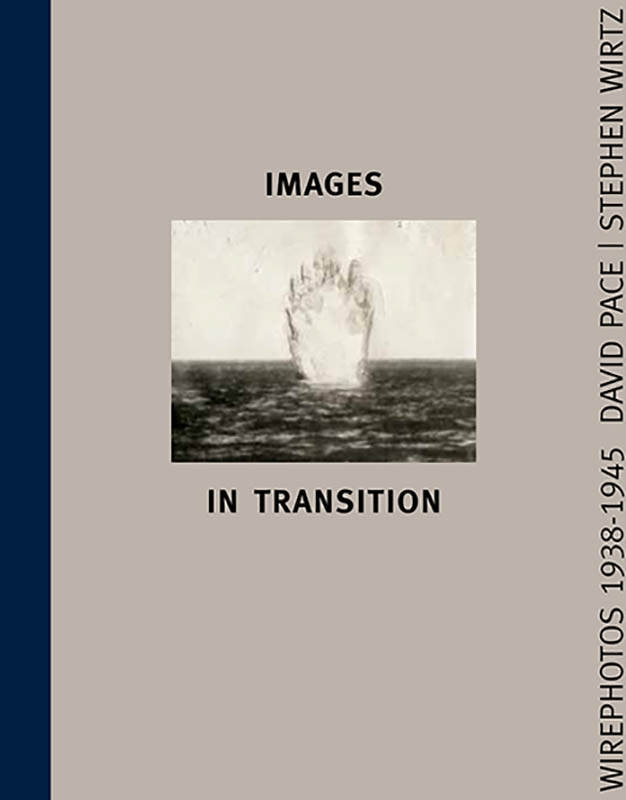 Gallerist Stephen Wirtz has been collecting wirephotos transmitted during World War II for many years. He and photographer David Pace transform scanned wirephotos, radically re-cropping and dramatically enlarging portions of the images. Their manipulations reveal not only the artifacts of the technology – the dots, lines, and irregularities produced by the transmission process – but also the retouchings from the war years. By exposing the actions of the human hands that retouched the images in preparation for newspaper publication, Wirtz and Pace raise questions about the technologies of image making and image transmission, the notion of truth in journalism, and the role of propaganda in news photography.Sending a photographic image quickly from one location to another was first accomplished early in the 20th century using the “Belinograph,” an apparatus developed to send images over telephone or telegraph wires. Wirephoto technology flourished in the 1930s and 1940s, especially during World War II when newspaper readers were eager for images from the front. Drawing upon these original wirephotos as source material, Wirtz and Pace give the images new life as starkly graphic art.

David Pace is a photographer, filmmaker, educator, and curator. He has taught photography at colleges and universities throughout the San Francisco Bay Area. His work has been exhibited in solo exhibitions at the Center for Photographic Art,Carmel, CA; Blue Sky Gallery, Portland, OR; The Griffin Museum, Winchester, MA; Gallery 1401, Philadelphia, PA; 511 Gallery, New York, NY and Wirtz Art, Oakland, CA. Pace’s photographs are in the collections of the San Jose Museum of Art, the Portland Museum of Art, the Crocker Museum of Art, Sacramento, CA and the deSaisset Museum, Santa Clara, CA. His work has been published in magazines, journals and newspapers internationally.

Stephen Wirtz is a former gallerist and a collector of photographs. With Connie Wirtz he co-founded the Stephen Wirtz Gallery in San Francisco, exhibiting national and international painting, sculpture, and photography for forty years. The Stephen Wirtz Gallery represented Michael Kenna, Todd Hido, Larry Sultan, Jim Goldberg, Chris McCaw, Richard Avedon, Michal Rovner and Mario Giacomelli among many others. Prints from Wirtz’s personal collection of works by lesser known or unidentified photographers have been exhibited at the SF Museum of Modern Art and the San Jose Institute of Contemporary Art.

NO PLACE ON EARTH
Scroll to top