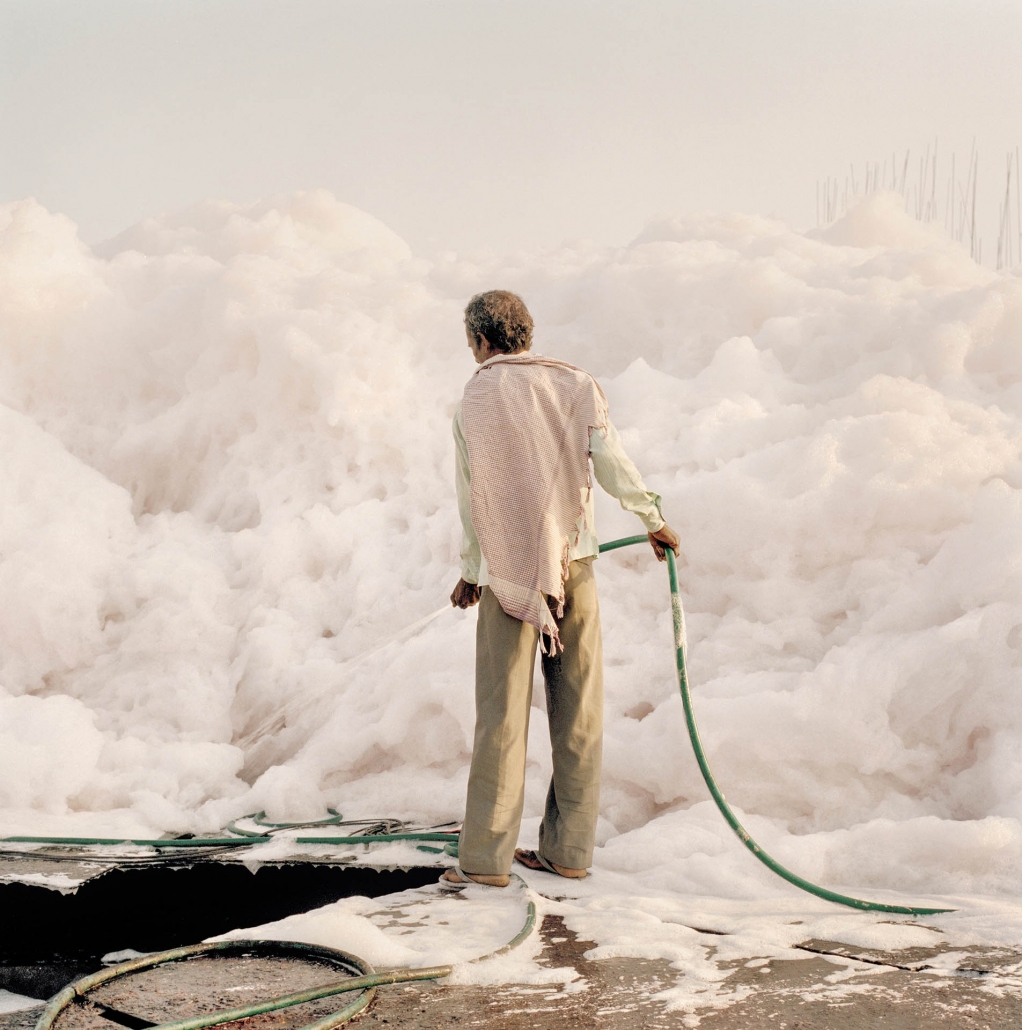 Drowning World is an exploration of floods using photography and video. My goal in this long-term project is describing the human condition in the context of overwhelming weather events all over the world. This occupation took me on a creative and decisive journey. The subject fundamentally challenged my practice: over the years, from a traditional documentary approach, I have evolved into an approach incorporating more conceptual and metaphorical elements.

Since 2007, I’ve made 19 journeys documenting floods in 13 countries to witness a common human experience of disaster transcending geographical, cultural and economic divisions.

It’s important for me to confront the expected representations of natural disasters which often show black and brown-haired people from developing countries in abject conditions. Drowning World includes members of the poorest and richest communities in the world, all equally vulnerable to the floods surrounding them. Currently, floods are a factor of leveling and people are gathered in a visual solidarity.

”The main character of my story is a non-human entity: a river. I decided to treat it as a human being and to create a feed which would document the river as if I were documenting a person’s life. Thus, I found significant that Mother Ganges was recognized as a living entity by the High Court of Uttarakhand State in 2017.”

Ganga Ma is the result of a ten-year photographic journey along the Ganges, documenting the devastating effects of climate change, industrialization and urbanization. The project follows the river for over 2,500 km from its source in the Himalayas in India to its delta in Bengal Bay in Bangladesh.

For Hindus, the Ganges, known as Ganga Ma, is the epicenter of spirituality – a physical manifestation of a goddess and a purifier of sins. It’s also one of the most polluted rivers in the world, and declining water levels and increasing toxicity endanger the livelihoods of more than 400 million people, while decimating countless species. .

The use of medium-format film allowed the photographer to take his time, to get closer to his subjects and to offer a high level of detail and color accuracy. ”I wanted to get rid of this vision of a colourful country. The true color of India? Sand. A world faded by fog and pollution.”

For years, Hans Sylvester has been depicting the repercussions of our stock market economy around the world in his photographs. We would have the means and the capacity to create a world civilization where we humans could live and dream in peace thanks to the prodigy of Creation. But we humans have given up our spiritual, moral and ethical values for a dish of lentils. Air pollution, the loss of diversity in the animal and plant kingdom, the disappearance of glaciers and the of the ice cap of the North Pole are irreparable disasters threatening life. Their cause is, among other things, the excessiveness of a monopolistic financial economy.

”The photographs of Hans Silvester recount our time and the propensity that we humans have to destroy and impoverish instead of conserving and multiplying. This duality between good and evil corresponds to the one between beautiful and ugly. However, everything still remains a question of quantity.” – Gottfried Honegger