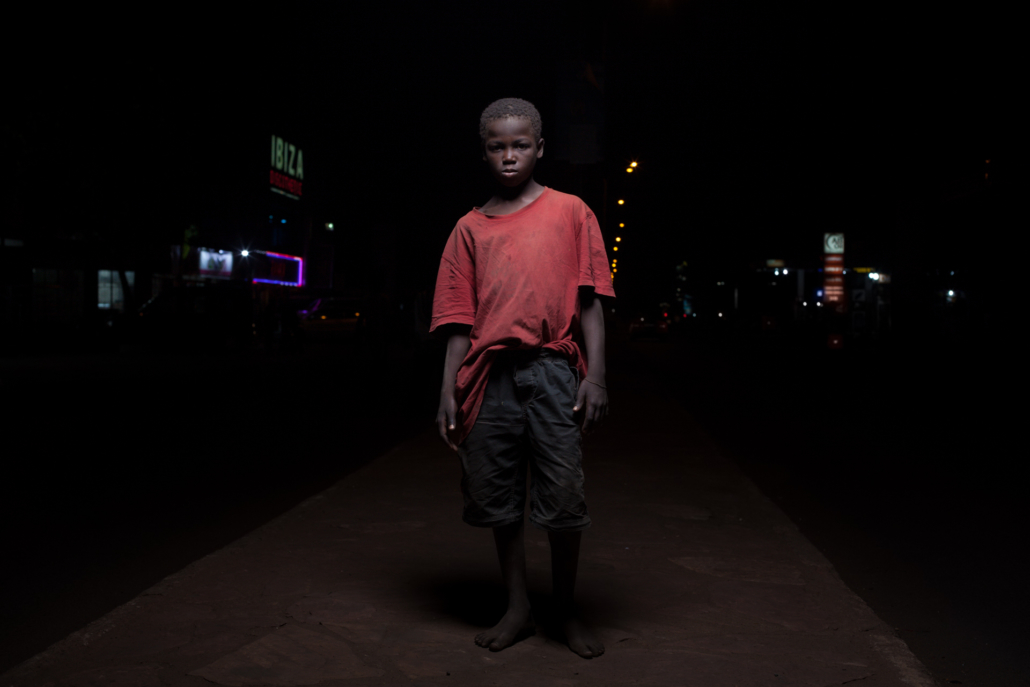 As part of the Forum for International Solidarity organised by the town of Vincennes, the photographer Arnold Grojean presents the exhibition KOUNGO FITINI (Minor problems), a series of photographs of children living rough on the streets of Mali’s capital city, Bamako.

These thirty night-time portraits of children, taken in the Central Market in Bamako where they live, are shown publicly here for the first time in large format. From the other side of the world, these children look at you with a frank gaze, on the same level as the observer. They invite the European public to plunge into their world.

These photographs were taken after the children had participated in many workshops, gaining their trust over the years. The children were photographed at night, in their own environment, using professional studio lighting as if they were models. Thanks to their artistic esthetic, these young boys detach themselves from the background and look us straight in the eye.

KOUNGO FITINI (Minor Problems) has won several awards, such as the Roger De Conynck Award in 2015, the Médiatine Award 2017, the Contretype Award 2018, and it was voted professionals’ favorite at the Visa pour l’ANI in 2017. It has been shown in numerous galleries and arts centres, including the FAIT & CAUSE gallery in Paris.

The project was born out of a partnership with the “Sinjiya-ton Mali” association, working for the social and professional rehabilitation of street children. It took form over the course of three stays in Mali from 2013 to 2015. With the help of the association, Arnold Grojean first set up some photographic workshops with the aim that children aged between 11 and 13 could relate their daily lives through photography, drawings and stories. They were given cameras and attended lessons on film photography and drawing at the centre.

Following that, the photographer organised one-to-one discussions in the form of dialogues and open speech to record the children’s comments on their films and drawings. In this way it was possible to put captions on the children’s photographs. It was during his third visit that he started to make the nocturnal portraits of Bamako Market’s street children.

Apart from the prints in the exhibition, the project also takes the form of ten booklets: eight contain the images and texts of the children, while one contains the photographs taken by Arnold Grojean. The last booklet is a guide putting Malian culture into context and giving definitions for the terms used by the children.

CONGO IN CONVERSATION Scroll to top