Laureates of the 5th edition of the SOPHOT.com Contest 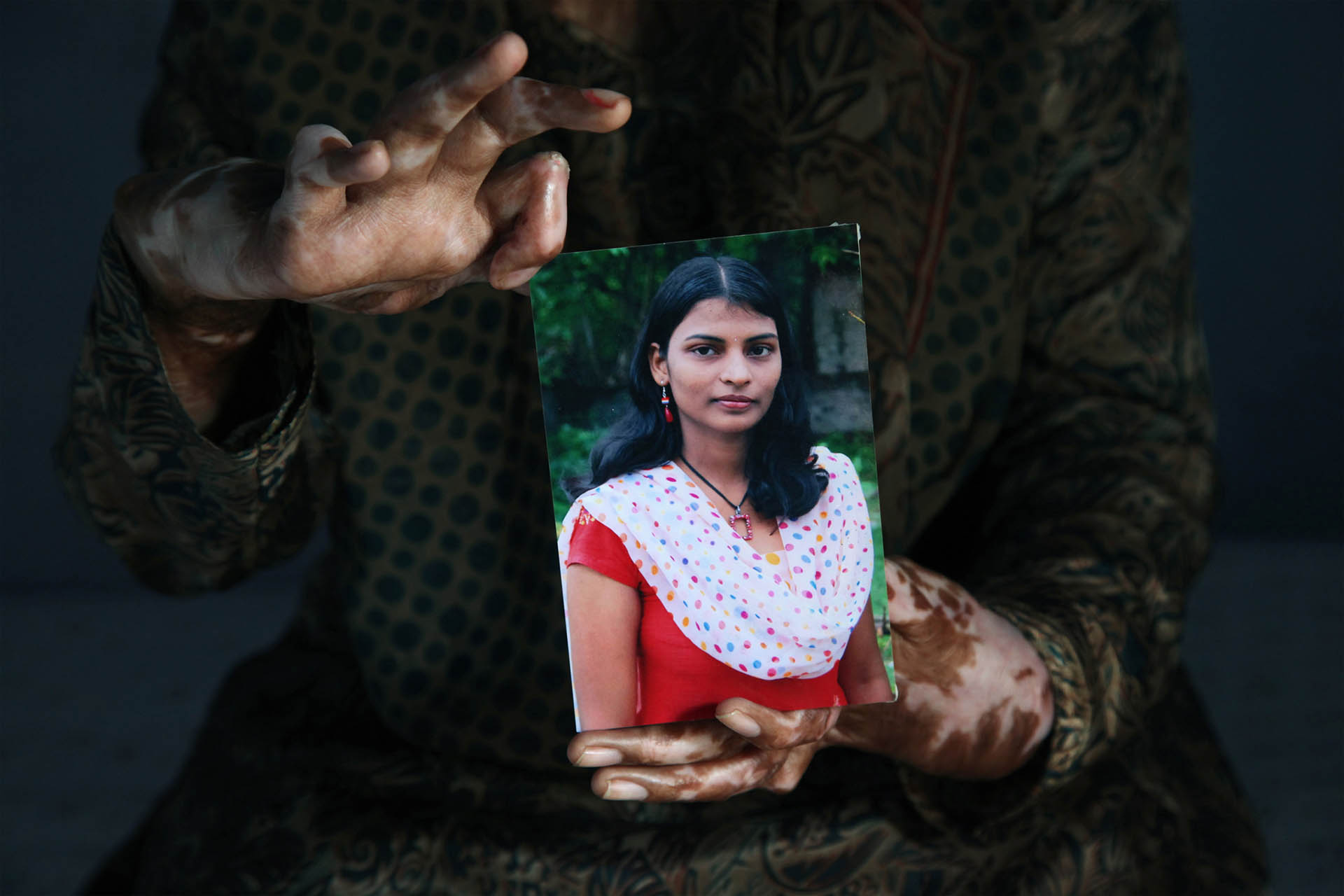 It is their scars which catch the eye. People look at them either openly or more discreetly. Some avert their eyes immediately because they feel uncomfortable or want to forget what they have just seen. It is easier for society not to acknowledge those who are different, to ignore them or even to make them invisible. So it is that survivors of fire or acid attacks suffer not only from their scars all their lives, but also from other people’s reactions to their disfigurements, which banish them to the fringes of society.
For my long-term project IN/VISIBLE I travelled to India, Pakistan, Bangladesh, Uganda, Nepal and Cambodia over the past two years to document, portray and interview female survivors of fire and acid attacks. My approach was to closely document the daily life of each woman in each of these six countries, to show what it means to live with the stigma of an outcast in each case. I wanted to capture their daily life, their will to survive, how they rebuilt their lives as well as their moments of despair, joy and happiness.
One of the women I met is Chantheoun from Cambodia. Twelve years ago a jealous spouse threw acid on her. The acid ate away parts of her face, her arms and her chest, leaving the 39-year old with vast disfiguring scars. In the years after the attack she did not dare to venture outside. She was scared of the reactions of her neighbours and others. She isolated herself from society. Her only support came from her mother and sisters: “I have stopped thinking of myself since I have lost my beauty“, she says today. Flavia from Uganda, Neehaari from India, Renuka from Nepal, Farida from Bangladesh and Nusrat from Pakistan, who all have experienced their own tragedy, allowed me to share intimate moments in their lives and showed me what real heroism means. The photographs are a small selection showing their daily lives, their struggles, their strength and determination. Attached in the captions are also transcribed interviews to reveal more of their lives and emotions.
Apart from these six, I portrayed forty-eight other women, eight in each of the six countries. With the portrait series I wanted to give them the opportunity to present themselves as individuals beyond the collective stigma of being branded. The neutral black backdrop was intended to abstract from the social environment and to give them an atmosphere of security and a special – if celebratory – framework. A framework, in which they felt able to present themselves and take the pose that they felt comfortable with, rather than to be presented as tragic victims. The aim was to highlight inner strength and peace they have gained after all the struggles and pain they’ve gone through. I wanted to give them a face again, to make them visible.
The women I visited are just a few of the many that are attacked with acid or fire to purposely disfigure or kill them. Officially around 1500 acid attacks are reported worldwide every year, the majority of which are aimed at women. The number of unreported cases is estimated to be much higher. For fear of reprisal the survivors do not dare to press charges against the culprits. It is even more difficult to grasp the number of those that were set on fire with kerosene or of those trying to commit suicide by setting themselves on fire to escape a dismal live of abuse and repression at the hands of husbands or in-laws. Those kinds of attacks are mostly covered up as household accidents.
Corruption, a weak rule of law and a culturally rooted discrimination against women are a fertile breeding ground for such attacks and for attempts at self-immolation. Common motives are jealousy, spurned love, infidelity, and disputes over dowries or land.
While many culprits walk free, the survivors of the acid or fire attacks suffer lifelong physical and emotional pain. I wanted to capture the beauty and self-confidence hidden behind the disfiguring scars of these women and I want to make them visible to society once again. 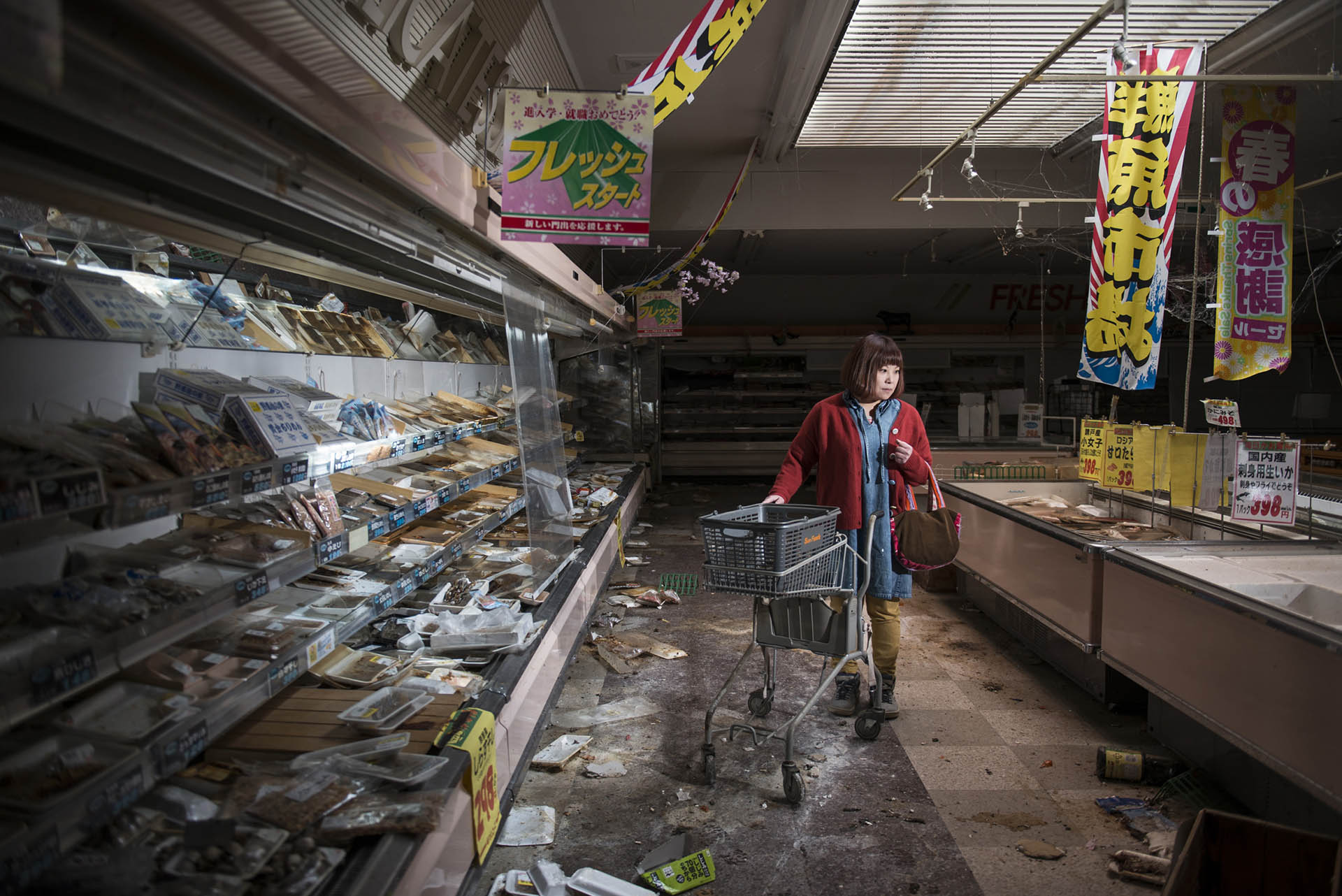 Since the tsunami and the nuclear catastrophe of March 2011, Carlos Ayesta and Guillaume Bression have made regular visits to the region of Fukushima, and especially to the “no man’s land” around the stricken power station.
The fruit of their numerous visits is five series of strongly aesthetic photographs which mix posed situations with a documentary approach. Offbeat photos, which stimulate thought at the consequences of a nuclear accident on such a scale.
What remains in a region where 80.000 people were evacuated from one day to the next? –“Clair-obscur”

How do you live with a menace that is as invisible and poorly documented as radioactivity? – “Bad dreams”

How does nature make its mark on every building, every thing, as time goes by? – “Nature”

How have abandoned objects become the relics of a modern Pompeii? “Packshots”

And finally, what do the former residents think about going back to their ghost towns?
For the last series, called “Retracing our steps”, they asked former residents – sometimes the owners – to come back to their shop or their school, to open the door of those places that were so ordinary before. They also invited some of the residents of Fukushima region to go with them to this zone where entry is now forbidden. A way for them to see for themselves the impact of the disaster.
In front of the camera, however, they are invited to act as if nothing had happened, and to behave normally. The normal and the strange intermingle in these almost surreal yet plausible photographs, the sequel of a historically important nuclear accident.
Ayesta and Bression seek to only record the consequences of a massive and durable evacuation, at least for the towns closest to the power station. Theirs is not the work of activists.