Laureates of the 7th edition of the SOPHOT.com Contest 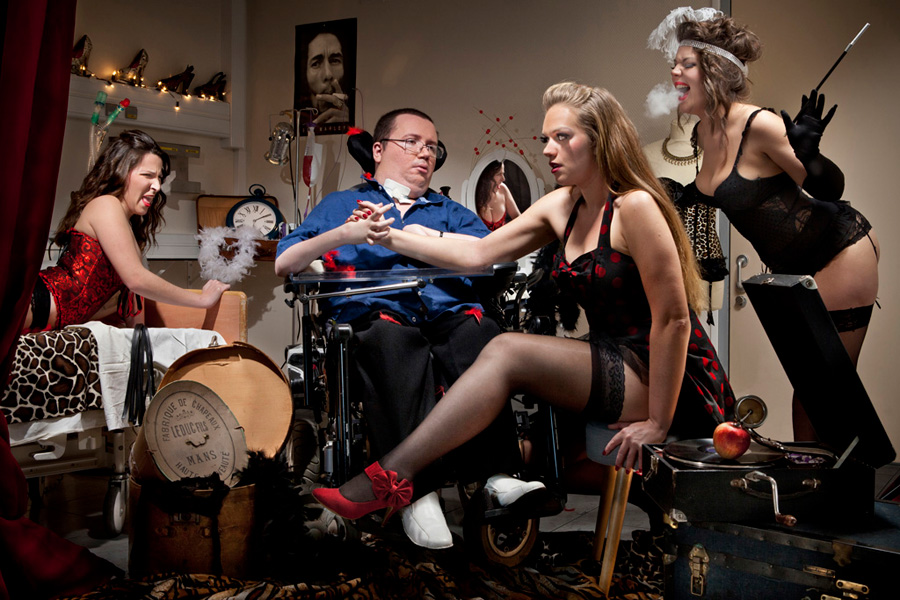 It is a huge building, far away from any urban area, a maze of corridors punctuated by big bay windows. This is where forty-five patients are housed, along with more than a hundred staff. Doctors, nurses, and auxiliaries take care of the residents, all suffering from degenerative neuromuscular disease: some have arrived recently, while others have been there for more than twenty years…
The careers move around the thousand meters of corridors by bicycle; the residents, in their bespoke electric wheelchairs, go calmly about their business. Each of them has his own room, his cocoon, his universe; a distillation of images, memories and of passions. One is struck by the silence, as the illness and its slow evolution make speech difficult. All are dependent and all know how it is going to end up. It is a world apart, where the notion of time and space is distorted and transformed: compressed one moment, distended the next.
Produced within the confines of their rooms, this photographic representation is first and foremost the expression of an uncovered passion, of a hidden truth or just of a simple desire. Once developed, it occupies all of the physical space in the room; it becomes so overwhelming that it ends up creating a vision where imagination and illusion supplant the tangible and the reality of the human condition.
The black and white photographs of this documentary were produced over three years. They help to give a context to the daily life in the residence and the conditions in which the portraits were made. 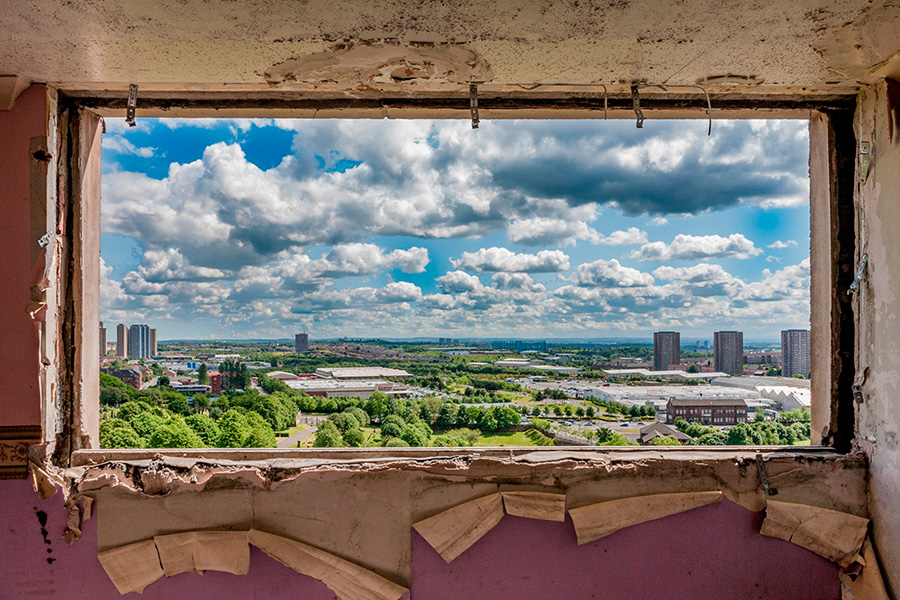 Photographer and filmmaker Chris Leslie is widely acknowledged as the most consistent chronicler of the city’s recent history. This new multimedia exhibition and accompanying book ‘Disappearing Glasgow’ documents an era of spectacular change in Glasgow through photography and film.

The skyline of Glasgow has been radically transformed as high rise tower blocks have been blown down and bulldozed. 30% of the cities High Rise flats have disappeared since 2006, communities dispersed across the city and the East End has ‘been raised from the ashes’ via the Commonwealth Games. Does this Disappearing Glasgow herald a renaissance in the city?

For the past 9 years Chris Leslie has self funded his own photography / multimedia project documenting this latest round of regeneration/demolition in his home city. By recording interviews and archive gathering with current and former residents he tells the stories of those on the frontline of what seems an endless cycle of demolition and destruction in Glasgow. The project exists as photographs as well as short multimedia films and objects found on the journey.

A photo book of Disappearing Glasgow was published in Oct 2016 by Freight Publishing – selling out of 1500 copies in 3 months. A second edition is planned for release in April 2017.

Cyrille BERNON
« IDOMENI – A childhood in the camps »
5 000 children amongst 13 000 refugees survived in the cold and the mud in this camp of shame: The Idomeni refugee camp, in northern Greece…

Pierre FAURE
« In silence »
Social fragility affects the countryside. Jean-Paul, a small farmer in the Cantal region, is fairly isolated, and survives with difficulty, alone on his farm.

Valérie LEONARD
« Black Hell »
In the state of Jharkhand, the Damodar valley is hell on earth. Open-scale coal mines have replaced the forest. The environmental pollution and working conditions are deplorable.

Gilles MERCIER
« White zone »
Opened in the 1930s, Tichilesti, a little village close to the Danube delta, has been place of exile for people with leprosy and is their homeland to this day.

Hubert SACKSTEDER
« Address : Cemetery »
Manila’s North Cemetery, opened in 1904, is certainly a place for the dead, but is also a place of life for almost two thousand residents..

Jin TIAN
« China’s orphan »
The Ai Zhi Jia orphanage in Nanyang province is a miserable home for children abandoned due to a handicap of a serious illness.