How the dehumanization of the police exacerbates violence in social movements. 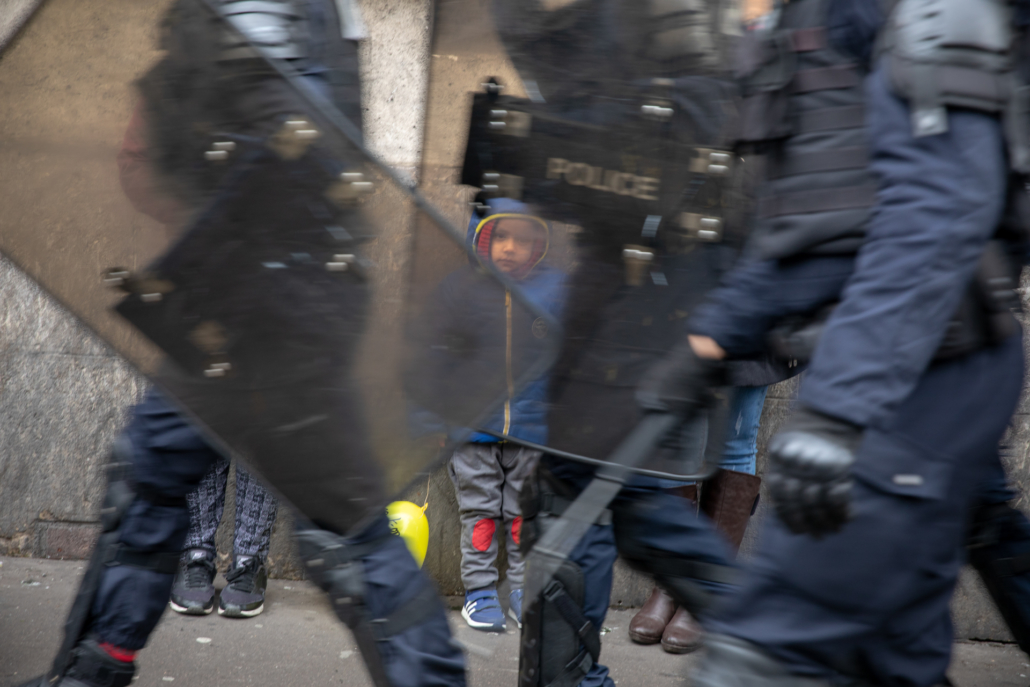 For years, a kind of “Starwarisation” of the units that frame social movements has been taking place. Increasingly impressive equipment, disproportionate weapons. Little by little, the human relationship is completely erased.

The massive media coverage of the demonstrations as well as the emergence of new channels of diffusion via social networks, push the forces of law and order to conceal their faces for security reasons. They therefore become unidentifiable. This anonymity creates in some of them the feeling of being covered by moral and legal impunity. They make excessive use of non-lethal but nevertheless dangerous weapons against demonstrators.

For their part, the protesters consider them as “enemy machines” and lose all scruples about attacking them with extreme brutality.

Demonstrations are therefore increasingly violent, sometimes real battlefields, in contradiction with the image of a democratic France, defender of Human Rights. The year 2019 also saw a sharp increase in the number of seriously injured people.

Here is a series of photos illustrating my point. I accompanied a good part of the social movements of 2019 and the scenario, with a few exceptions, has been repeated tirelessly… My work is by no means a statement of position but rather a questioning of the social situation in our country. The current malaise in the police force is a visible consequence of the French political fractures.

A note of hope: during violent clashes, we have seen the grounding of a police officer who lost his helmet and found himself in real danger, isolated and unarmed. Immediately, demonstrators who were attacking him surrounded him to protect him.

Putting the Human being back at the heart of policing priorities is for me the only hope of appeasing this violence that is growing in magnitude.

THE LAST TROPICAL GLACIERS IN COLOMBIA