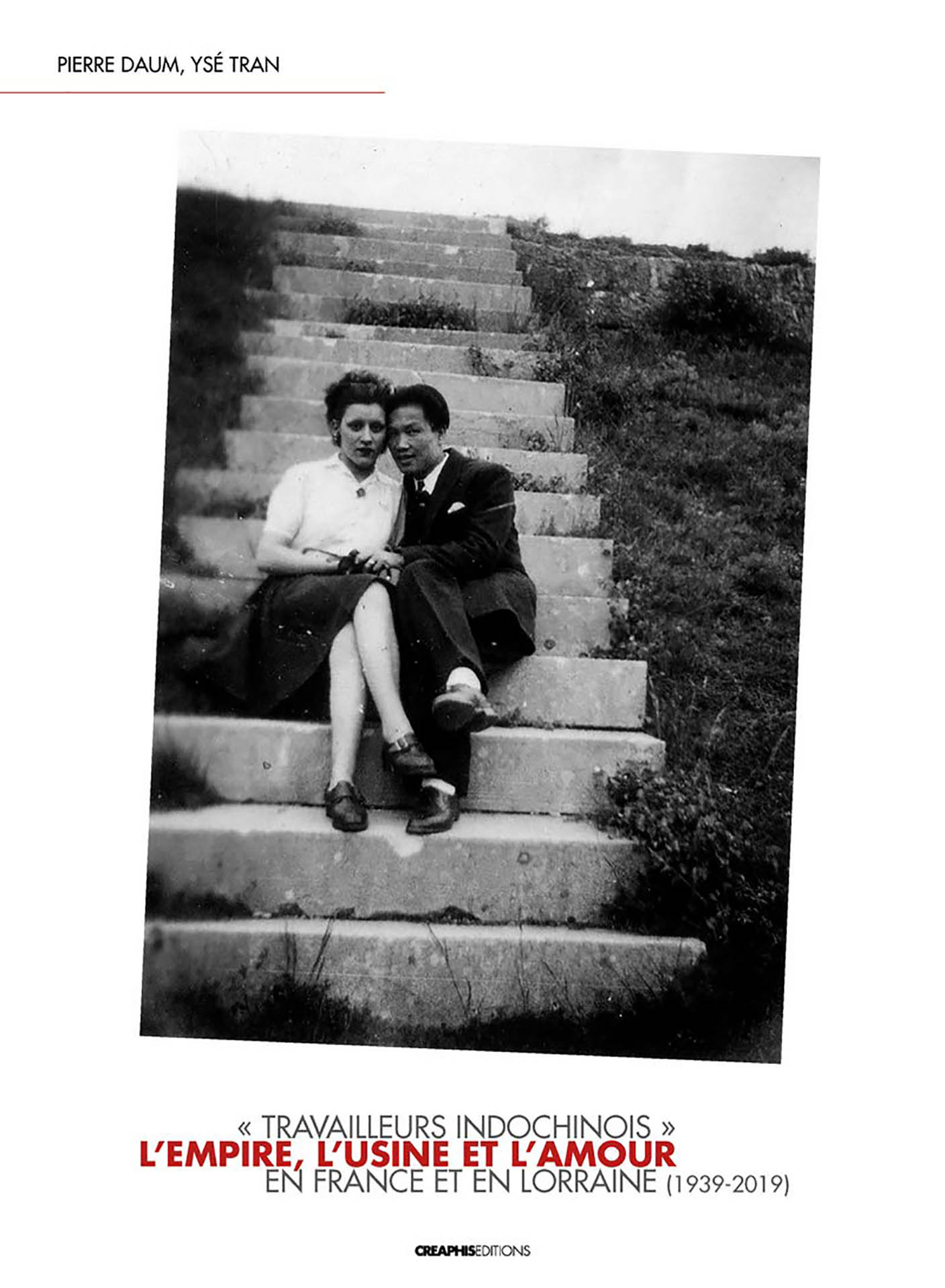 This book designed by journalist Pierre Daum and filmmaker Ysé Tran, with contributions from historian Gilles Manceron and ethnologist Dominique Rolland, is based on an investigation carried out for several years into the still too little known history of these “Indochinese workers” forcibly conscripted by the French colonial state. Three aspects are mentioned in the title: colonial empire, factory world and finding love with a French woman.

The history of immigration to France remains a relatively young subject of study. In Lorraine, the research conducted on the working class has shown the importance of the Italians, Poles, Spaniards, Portuguese and North Africans in the economic, social and cultural history of this territory. As for the “Indochinese” immigration, it has remained unknown.

It is this discrepancy that this book will adress. The story of these “Indochinese workers” started in 1939 with the arrival of 20,000 of them in Marseille, their placement into camps across France and their forced labor in companies primarily under the Defense then in various economic sectors: agriculture, forestry, roads, marsh land reclamation, chemical industry, etc. After the Liberation, more than a thousand of them were sent to Lorraine (steel, building, textile industry). At the same time, a war of liberation from the colonial yoke was waged in Indochina in which these men took part on the metropolian territory – by organizing demonstrations, meetings, distribution of leaflets, reception of Ho Chi Minh in the summer of 1946. From 1948 to 1953, most of them were repatriated to Vietnam but a few thousand decided to stay in France, part of which chose Lorraine, and to set up a home.

This book follows the destiny of these families to the present day through testimonies and archives, public and private. A rich iconography of photographs and documents, most of which are published for the first time, finally allows us to see this long-hidden page of colonial history.