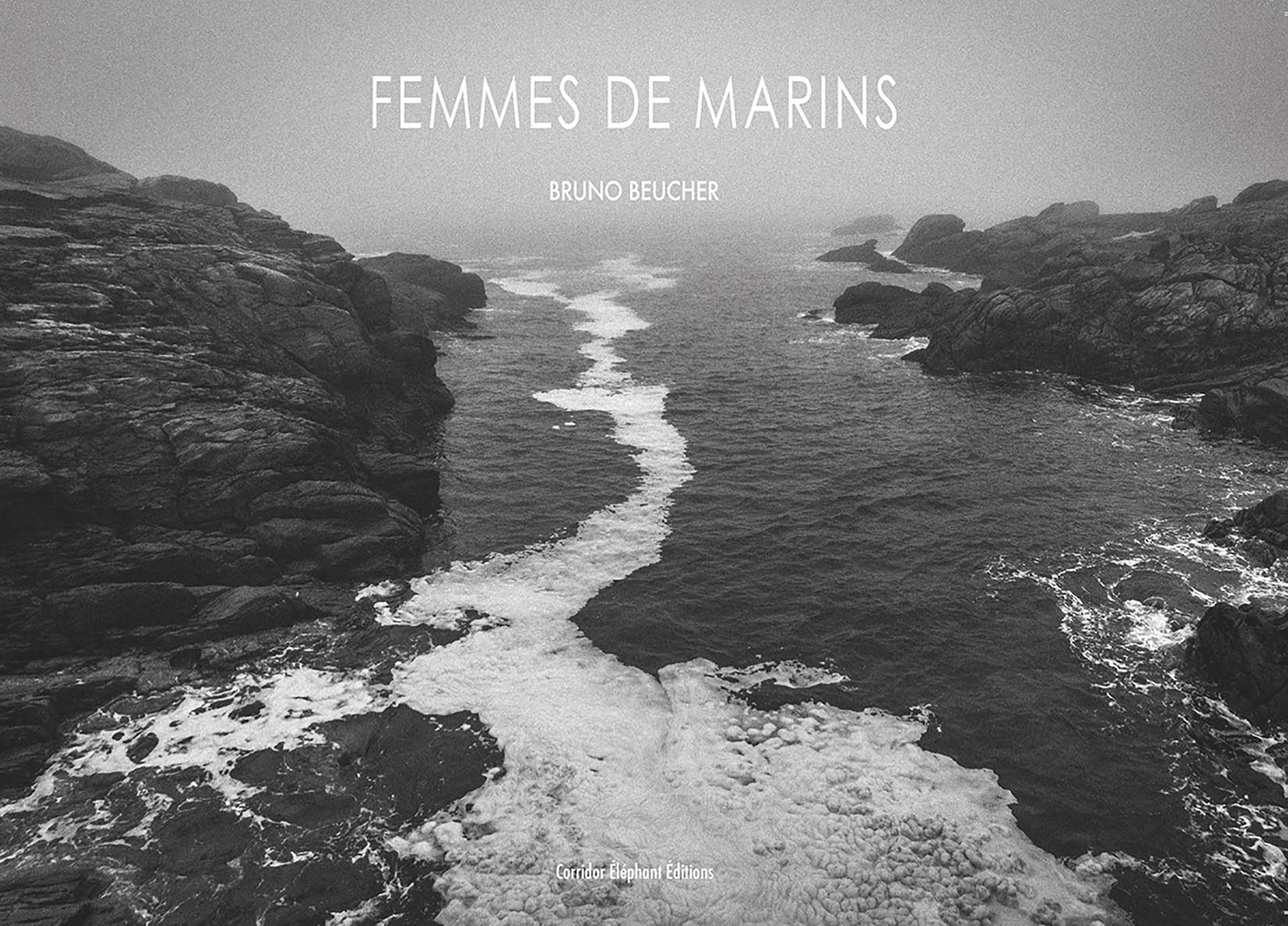 Bruno Beucher photographs the sea, the waiting, the absence. Each image reveals a story and a daily life that seems to repeat itself. Each take highlights the fate of those who remain on the ground. The notion of portrait is completely revisited in such a tribute to these women who watch for departures and watch for returns, as much as a tribute to the sea and to those who face it.

The photographer invents an inextricably braided architectural algebra. The tracery creates frames within the coves and other places. This does not mean, however, that Beucher frolics randomly. Everything is constructed so that the structures of the photographs can bring out myriads of elements suitable for elation.

“Women always meet the sea” could be said where everything is in turmoil, turbulence, flow. Each work is energized by an energy and movements which nevertheless seem to have stopped. Shapes, lines, surfaces, agitated or not, testify to a subtle method of taking pictures.

Where there seems to be a certain chaos of reality, another figuration takes shape, the structure of which escapes in an incessant becoming. The book becomes not reflection but sublime meditation on the marine element. It has fascinated the artist since his childhood and this confrontation with marine movements also remains a face to face of the creator with his own personality, his unconscious.

It also translates a physical dimension of photography and symbolizes the uncertainty that precedes each trip and any landscape. Cornices or simple “still life” whatever. The composition is constructed so that the static never obstructs the feeling of movement. – Jean-Paul Gavard-Perret

RESCUERS: PORTRAITS OF MORAL COURAGE IN THE HOLOCAUST
Scroll to top