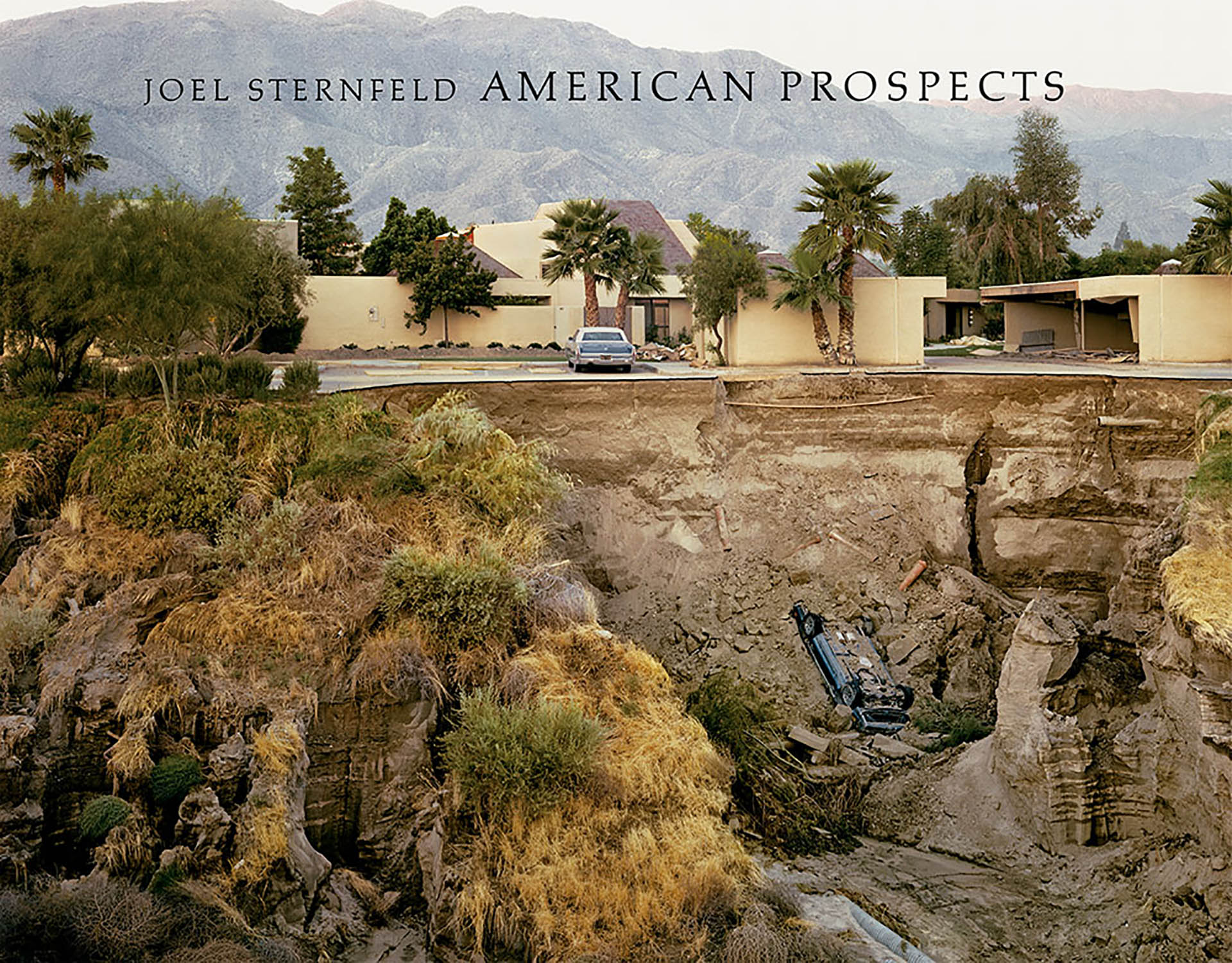 First published in 1987 to critical acclaim, the seminal American Prospects has been likened to Walker Evans’ American Photographs and Robert Frank’s The Americans in both its ability to visually summarize the zeitgeist of a decade and to influence the course of photography following its publication.

This definitive edition of American Prospects contains 12 new pictures, most of which have neither been published nor exhibited. Freed from the size constraints of previous editions, Sternfeld includes portraits and portraits in the landscape that elucidate the human condition in America. The result is a more complex and rounded view of American society that strongly anticipates Sternfeld’s Stranger Passing series (1985–2000) and links the two bodies of work.

A major figure in the photography world, Joel Sternfeld was born in New York City in 1944. He has received numerous awards, including two Guggenheim fellowships, a Prix de Rome and the Citibank Photography Award. Sternfeld’s books published by Steidl include American Prospects (2003), Sweet Earth (2006), Oxbow Archive (2008), First Pictures (2012) and Landscape as Longing (2016) with Frank Gohlke.