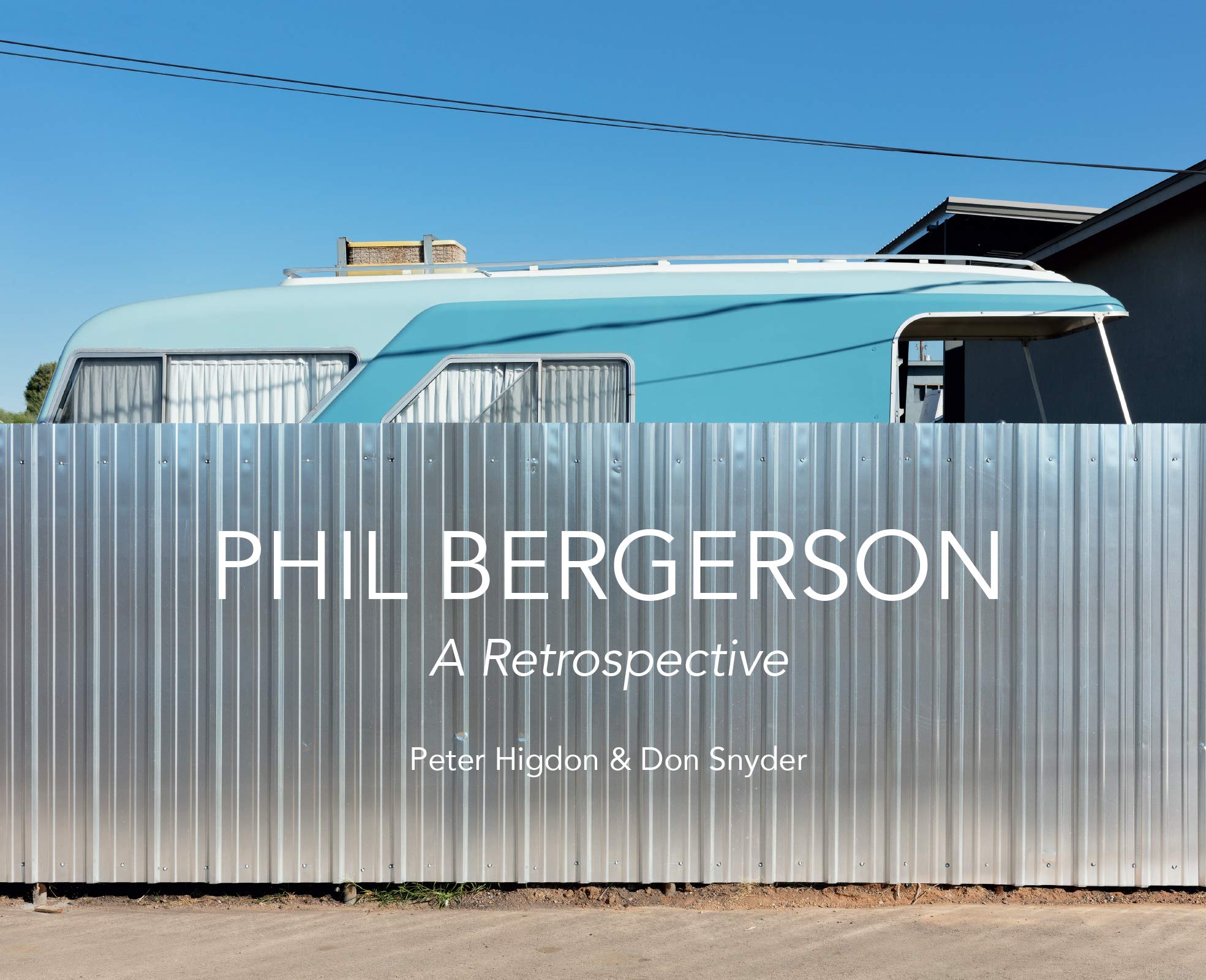 Bergerson’s American work dominates the second half of the book which covers his 25-year photographic odyssey searching for remnants of a recent, yet bygone era in America that he documents through meticulously composed photographs that demonstrate his masterful use of color and light, and engaging sense of humor. Bergerson has described his photographs as poetic statements full of irony and pathos that “ … collectively capture what I as a Canadian see and feel about America. It is a personal view that does not attempt to be all inclusive but strives instead to be meaningfully expressive about those things discovered throughout my journeys.”

Phil Bergerson: A Retrospective is supported by insightful texts by writer and teacher Don Snyder and Peter Higdon, the Founding Collections Curator at Ryerson Image Centre, Ryerson University; and Robert Burley, an internationally exhibiting photographer. The book’s first section features a foreword by Burley, and an extensive illustrated essay by Higdon that addresses Bergerson’s student days, early teaching and organizing years at Ryerson University, and his various early photographic projects (1967-1989). In the book’s second part, Snyder contributes an extensive analysis of Bergerson’s photographs of America.

Higdon writes about Bergerson’s journeys across America that ignited his fascination: “At each border crossing, he had been struck by signs, both literal and figurative, of a culture radically different from his own. Billboards loudly advertising the services of personal injury lawyers, a relentless profusion of roadside signs for products and services, and abandoned buildings deteriorating in the landscape were all emblematic of a shift in place and attitude that challenged the Canadian restraint and order he was used to. It was precisely these characteristics that led Bergerson to consider that he might be focusing on the wrong country, and that he was more likely to find a rich vein of ironic expression in the urban landscape of his sprawling, extroverted neighbour to the south.”

In his artist statement, Bergerson writes: “Drawing from the tradition of sequence construction developed by photographers such as Walker Evans, Robert Frank and Nathan Lyons, I constructed the poetic fragments into an ensemble that could collectively express something genuine and meaningful about the mysteries of this complex nation. What I hope for in response to my work was summed up by Robert Frank, ‘When people look at my pictures, I want them to feel the way they do when they want to read a line of a poem twice.’”