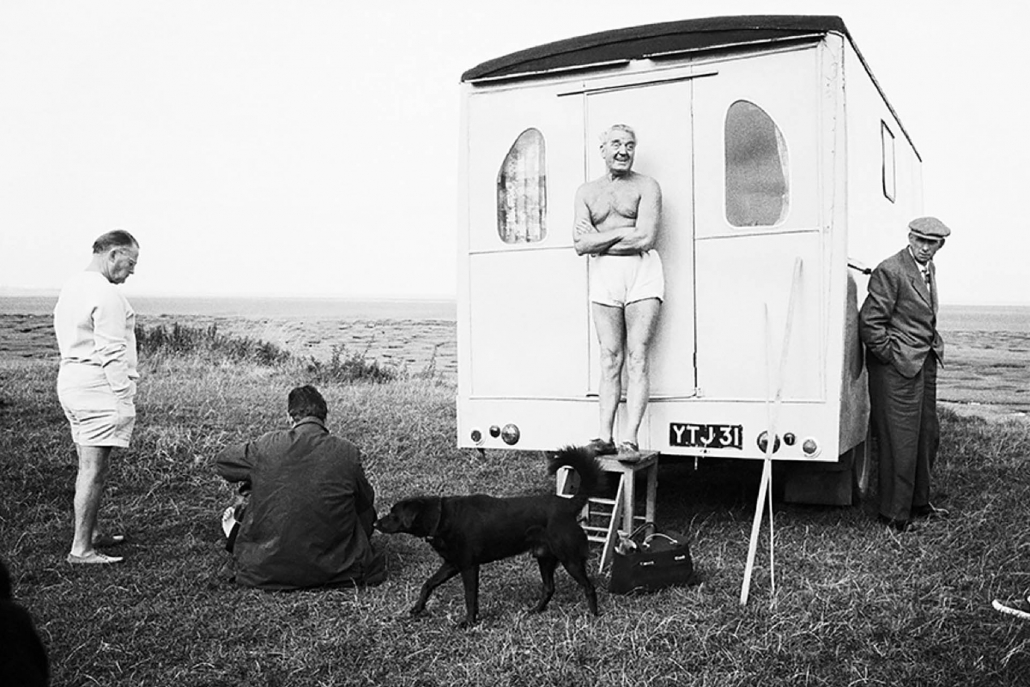 A new exhibition and book will mark the important contribution that Tony Ray–Jones (1941 – 1972) and his legacy have made to British documentary photography. Both will focus on photographs taken between 1966 – 1969 as Ray–Jones, driven by curiousity, travelled across the country to document English social customs and what he saw as a disappearing way of life. This small but distinctive body of photographs was part of an evolutionary shift in British photography, placing artistic vision above commercial success. In this short period of time, Ray–Jones managed to establish an individual personal style. He constructed complex images against a uniquely English backdrop, where the spaces between the components of the image were as important as the main subject matter itself.

”I have tried to show the sadness and humour in a gentle madness that prevails in people. The situations are sometimes ambiguous and unreal, and the juxtapositions of elements seemingly unrelated, and yet the people are real. This, I hope, helps to create a feeling of fantasy. Photography can be a mirror and reflect life as it is, but I also think that perhaps it is possible to walk, like Alice, through the looking glass, and find another kind of world with the camera.” – Tony Ray–Jones

Ray–Jones’ skills were gleaned from a generation of street photographers he encountered whilst living in New York in the mid-1960s. These photographers included Garry Winogrand, Joel Meyerowitz and others associated with the circle of legendary Harpers Bazaar art director Alexey Brodovitch. Their pictures defined the era as they used the street as a framework. Ray–Jones applied this new way of seeing to his native England and photographed his observations as they had never been seen before.

In 2012, Martin Parr alongside curator Greg Hobson, revisited Ray–Jones’ contact sheets from this period and found previously unseen images. These new discoveries will be exhibited and published alongside iconic early images, including vintage prints from the Martin Parr Foundation collection. The new book will include an essay by Liz Jobey and an introduction by Martin Parr.