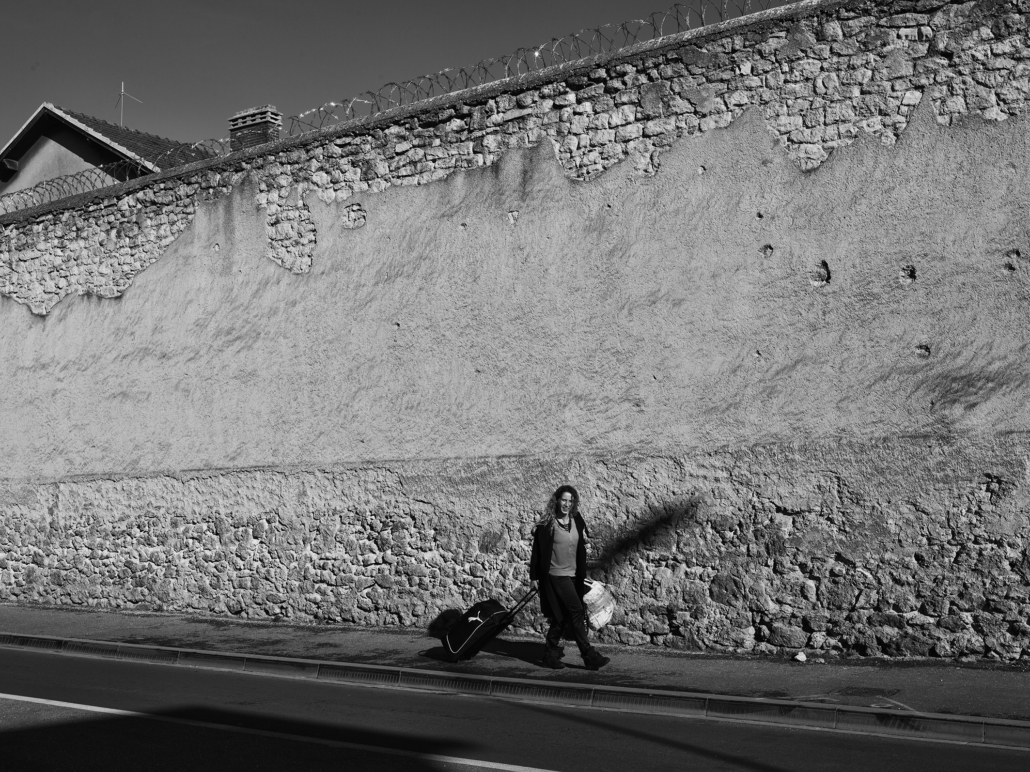 On the Outside
Winner of the 2019 Pierre & Alexandra Boulat Award

After being in prison, women find themselves living on the fringe of mainstream society. According to official figures for France, in October 2019, the country had 2,485 female detainees, 3.5% of all prisoners. They may be a small proportion, but that does not mean their prison conditions are better than for men. They invariably end up being isolated, far from family, friends and their own social networks.

Hide legend
In October 2017, I spent two weeks at the women’s wing of the jail in Joux-la-Ville where I was doing a photo coverage of the shooting of a film which had eleven of the inmates acting in it. Gradually we developed a bond, and the women opened up to me. There was Magalie, Adeline, Rahmouna, Laura and others; they were all coming to the end of their sentences, and were all on edge. For years they had had no contact with their families, and while they were obviously looking forward to getting out, they were also very scared. We agreed to meet up again on the outside. It was difficult to stay in touch, but we sent letters and text messages. Some of them called me when they got out; others called months later. Four of them agreed to let me go around with them in their daily routine. We met up, often spending a lot of time together. Magalie, Adeline, Rahmouna, and Laura are women whose lives have been shattered, destroyed, first by violence, and then by a prison system totally unsuited to them. France has only five prisons with female inmates, and four of them are in the north of the country, often hundreds of kilometers from their homes. The women have very few visitors, and are ostracized and stigmatized both on the inside and the outside. Almost all female prisoners in France have been victims of violence (ref: ENVEFF study, 2003), and 13% of them are illiterate. In prison, they are numbed, dulled by excessive use of medication, often as substitution therapy. By the time they leave, many are addicted to substitute drugs or tranquillizers. With little or no support after they are released, 65% of the women end up back in prison within five years.
These are women with no self-confidence, who have been made even more vulnerable through the experience of prison. The challenge of rehabilitation and returning to mainstream society is an apparently endless series of ordeals as they battle with bureaucratic procedures, and face stigma and loneliness.