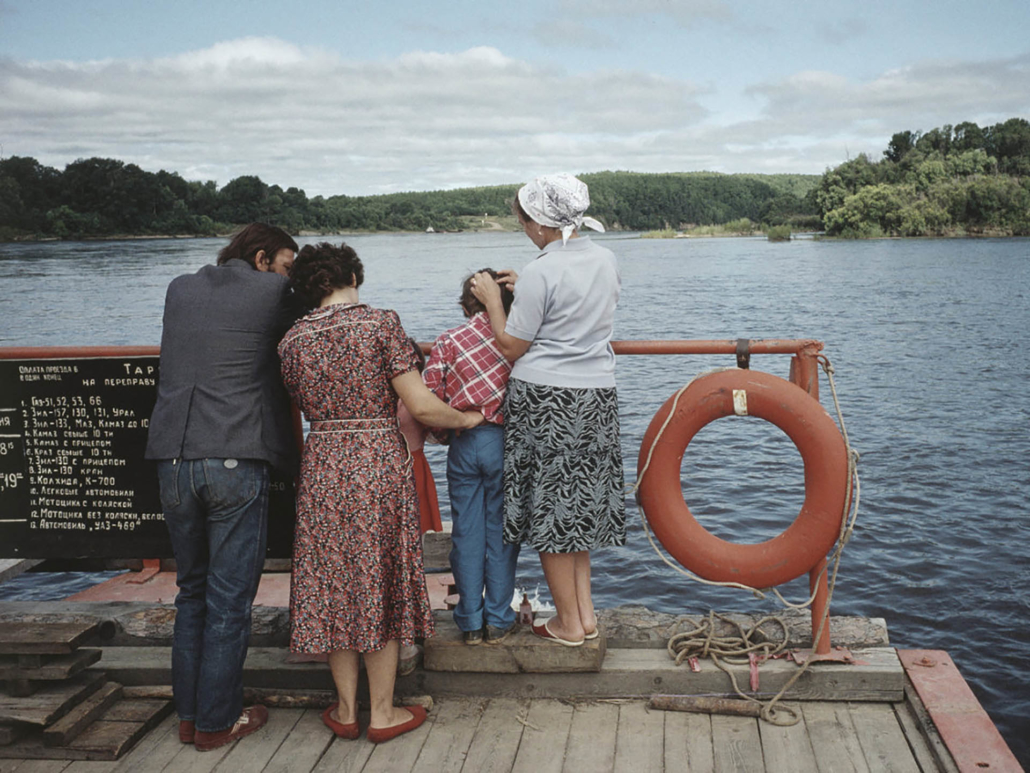 In nearly fifteen prints, Claudine Doury retraces her Siberian odyssey along the Amur River between 1991 and 2018, recording the passage of time like a silent trace.

Claudine Doury does not belong to any documentary strand, which allows her to fit into any temporality she prefers without worrying about any eventual continuity errors in history. Or even in geography. This is how his discovery of the Amur River in the summer of 1991 was pure chance. A delightfully familiar name whose blue line she is following on an atlas, starting from the high plateaux of Mongolia up to the Strait of Tartary, without in any way suspecting that she would gradually succumb to its charms. It was a great Love, therefore. Or else thirty years of human adventures around the longest river of Siberia, almost reaching 4400 km.

“Dark and a bit enormous”. This was however his first impression facing the Amur during this first trip to the “end of the world”, in this Russian Far East crossed by the Trans-Siberian Railway and the feverish memories of Blaise Cendrars. What is Claudine Doury, born on the banks of the Loire, looking for “in the middle of the infinite”? Everything.

It will become her first “really” personal project, nourished at the same time by a desire for visual emancipation and an intense curiosity, because only few images of the great North and the peoples of Siberia, cousins ​​of the Amerindians, existed at the time being. A plus: she speaks Russian and she finds Russia “romantic”. “It’s another planet, but I’m familiar with it, I know its codes. I feel good there, like at home.” That’s why her gaze is devoid of any exoticism because it is not about extracting sensationalism, but, on the contrary, about showing how “those who live there are close to us, because Russia is not only a theater”. Enthusiastic as usual, she tells how she met Margarita in Nergen, Kostia and Danii in Ous-Gour, a man playing the accordion, the daily routine of harvesting and taiga, the secondary school exams in Khabarovsk and the summer in Boulava when youngsters warm their hearts around a wood fire. There are also some posed portraits, like Amelia and Kostia whose budding beauty is just a whisper.

She never uses flash, only natural light enhanced with “monochrome, that is to say deaf, soft colours, I don’t like when the grass is too green”. She seeks to naturally record the passage of time in each photograph, like a silent trace and not like a scream. She knows that sometimes time becomes telescope, be it with the news or with the meanders of the conquest of the East, this is why she keeps coming back to this territory where she feels “between reality and imagination”.

As a proof, the image with the mirror, tribute to Andrey Tarkovsky, appearing sometimes as a shield, sometimes as the entrance to a secret passage, probably leading to childhood or to this emotional memory which is now binding Claudine Doury to Russia.