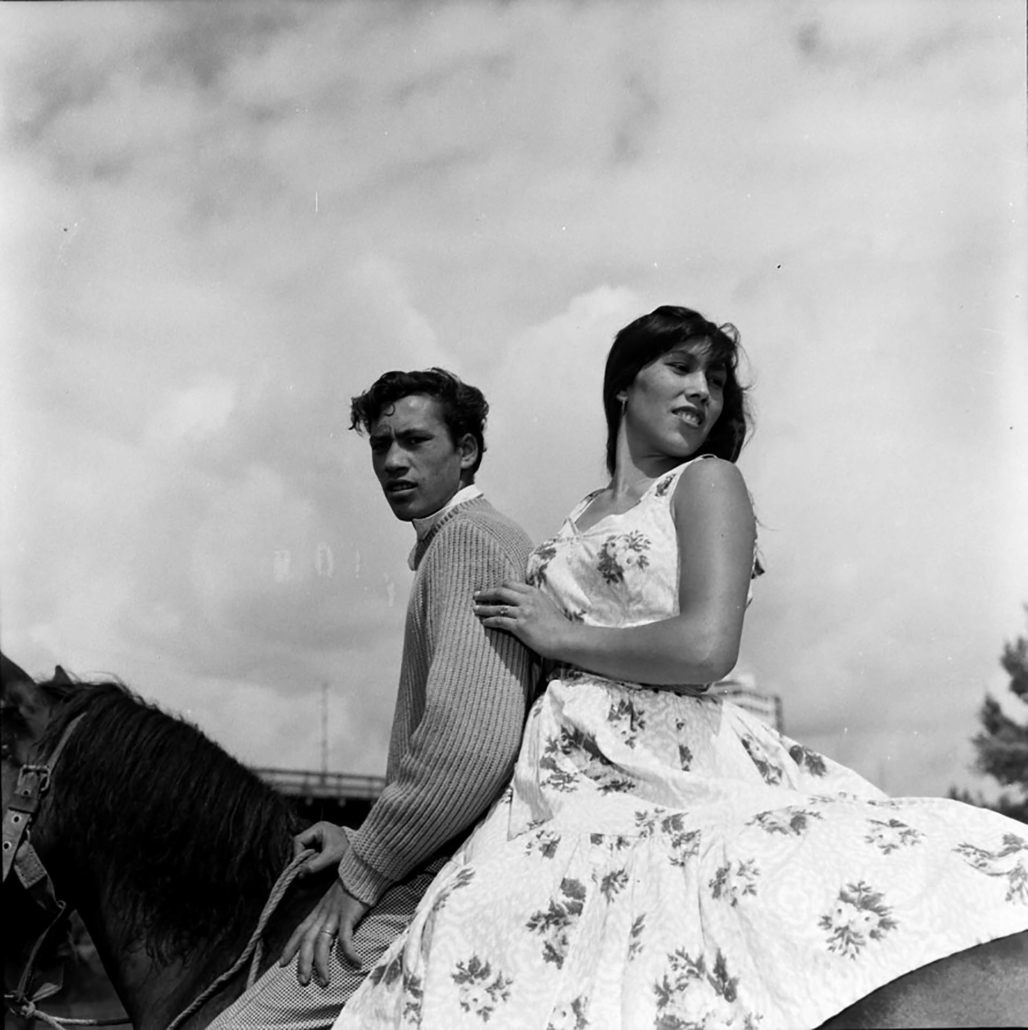 Through the exhibition “Alegria”, it is the gypsy community of Barcelona in the 1950s that we discover under the loving and benevolent gaze of a French adopted by the gypsies since he married one of theirs, Rosario Amaya, whom he fell in love with. Nicknamed the Chac gadjo, he remains the privileged witness of an era when few are those who were able to enter this world apart.

Exhibited for the first time in France, these archives are a precious testimony to a time when joy, spontaneity, freshness and a relaxed lifestyle marked an era that has become so nostalgic today. The signed and numbered prints on baryta paper were produced from the original negatives deposited in the Photographic Archives under the control of the Fundacion Photographic Social Vision which manages the Archivo Familia Jacques Léonard in Barcelona.

Jacques Léonard (1909-1994) has always been linked to the world of images. He started working at the Gaumont studios in Paris and collaborated with Abel Gance in J’accuse, Louise and Paradis perdus. During a trip to Spain for the location scouting for a film, he met the head of the Cinematography Service of the Ministry of the Interior and became his protégé in the following years and was offered to work for Ulargui Films where he edited some films.

In 1952, he established his residence in Barcelona and fell in love with Rosario Amaya, a gypsy from the barracks in Montjuïc. He then became an amateur photographer in a truly cultural territory, that of the gypsies. These photographic archives are the most important preserved on gypsies and their culture in Barcelona, ​​from 1952 until the mid-1970s.

The doors of all the barracks were open to the Chac gadjo, as his big gypsy family called him. He documented the culture and the Gypsy people from a historical and contemporary point of view by giving an image of absolute dignity, a true work of ethnologist.

In Barcelona, ​​he collaborated with La Vanguardia, La Gaceta Ilustrada and received assignments from the General Council of Barcelona, ​​the Catalan Railways and several Barcelona professionals. He also illustrated books on Catalonia and the Balearic Islands. But it was Albert Puig Palau, owner of the Barna publishing house and publisher of Revista, who introduced him to society and introduced him to the Catalan gypsy world.

The work of Jacques Léonard fits into the parameters of humanist photography so popular in the mid-twentieth century while representing the added value of showing a Barcelona that recognized authors did not get.