The winners of 9th SOPHOT prize 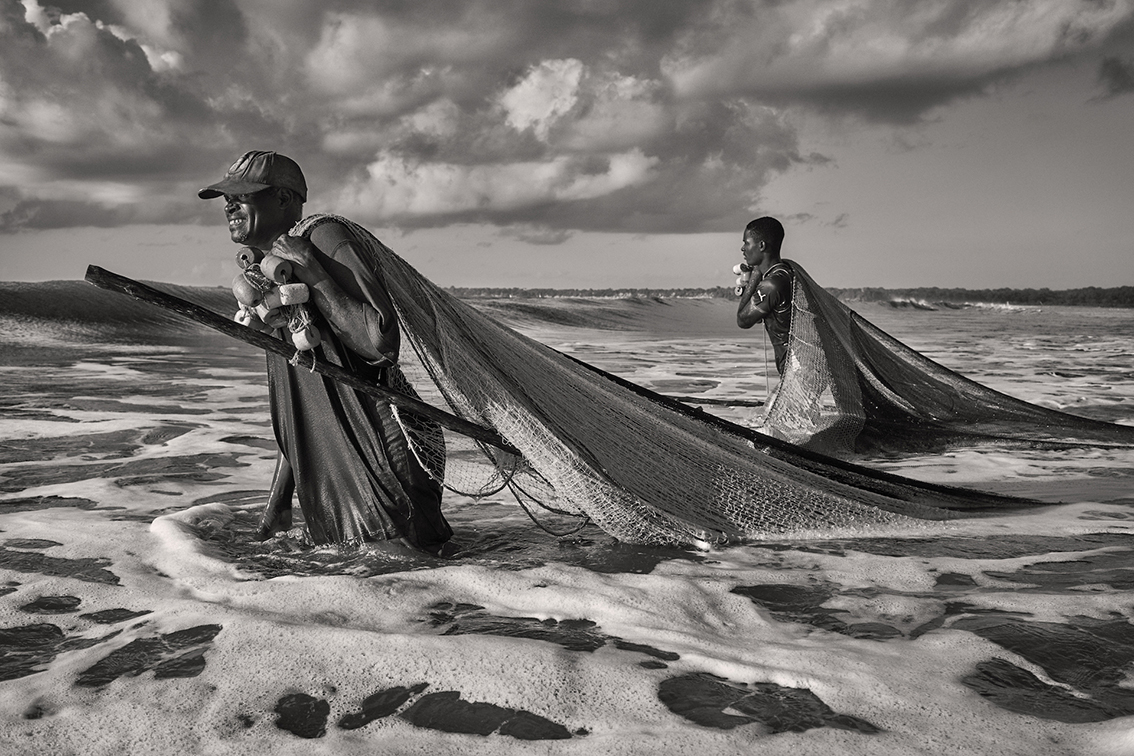 Six degrees South is the latitude of the Zanzibar archipelago and the exact geographical centre of the Swahili coast. Emerging in the tenth century through trading with the Arab and Persian worlds, India and China, the Swahili Coast is as much a linguistic and cultural reality as a physical one. The ancient seafaring traditions of this region, along with the strong links between its inhabitants and the sea, are inseparable from its cultural and religious traditions, and especially Islam.

The documentary presented here looks at the growingly uncertain future of these communities along the East African coast. A dramatic drop in the stocks of fish has been observed, as well as important changes to the environment due to climate change. It seems highly likely that these men and women will be forced to leave their coastline homes over the coming decades to populate the shanty towns around the big cities, leading to the abandon of their thousand-year-old traditions.

I have undertaken this project as a veritable record for posterity in the light of the threats faced by these populations and their collective savoir-faire. Travelling around the region for two years, I wanted to immortalise this well-defined but disappearing culture bridging different civilisations. This documentary contains 170 images of the highest quality.

Gilles Nicolet has spent the last 35 years travelling throughout Africa, from Somalia to Senegal, from South Africa to Algeria. He is a qualified agronomist and worked in Somalia and in West Africa before dedicating more time to his double passion of travel and photography. His reputation grew quickly and he produced numerous documentaries for magazines such as Geo, The Sunday Times, Paris-Match or National Geographic.

Ten years ago, he completely stopped his photographic activity following a professional incident, and retired to some of the biggest animal reserves in Tanzania.

This project on the subject of the Swahili Coast marks his return to photography.

BHOPAL, MEMORIES MADE OF SARIS 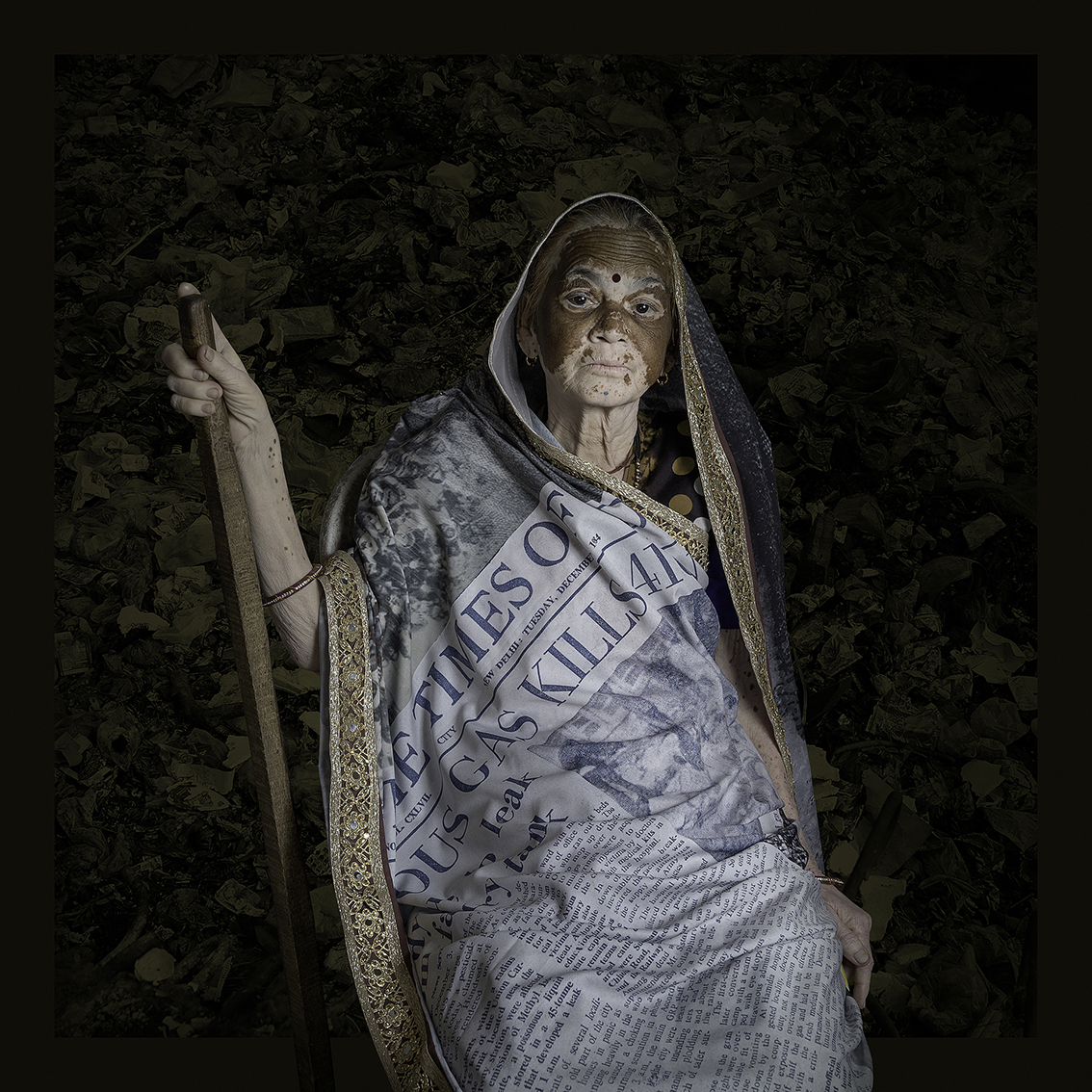 Bhopal is like a tattoo on their skin. Should I really have given them these saris, printed with press cuttings reporting on that night in December 1984 when a lethal gas escaped from the Union Carbide chemical plant, spreading stealthily through the town, or printed with X-rays of victims where you can see the silent injuries, leaving their bodies exhausted, or printed with the skeleton of the factory standing immobile like a statue, or printed with views of the surroundings, where, absurdly, families were out enjoying picnics as if nothing had happened ? They laid them out, chose amongst them, put them on and looked at me, or preferred to show me just their backs, simple silhouettes like a frozen image.

I photographed the town, the interiors of the houses where life went on because it had to, and the patients in clinics where they try to treat what can be treated. I went back into what it is left of the factory. I rummaged through archives, found the warning letters dated from before the explosion, I heard the cries of anger and the resigned silence. I took my time. And I got to like these women standing tall.

They accepted to wear Bhopal on their skin. They are seeking compensation for the 3500 deaths on the night of the catastrophy and for the 200 000 more that were added as the years went by. They protest in the streets demanding that the authorities clean up the site which continues to pollute the area. They suffer too, but don’t complain because life has to go on. The coloured embroidery on the hem of the saris underscores the fact that they are still women. Even inside the most modest homes I could see that delicate touch which is also a silent battle. These images remind us of what Bhopal was and what this Indian town is today, whose name will forever be associated with a chemical catastrophy which could have been avoided.

So yes, I was right to have given them the saris. Wearing them is a gesture of defiance and I’m delighted that they look well for the fight.

2019 marks the 35th anniversary of the catastrophy. It continues to kill and the number of victims continues to rise, even though it is hardly ever in the news any more.

Isabeau de Rouffignac, a graphic artist by trade, worked for many years in an agency before turning independent, discovering photography at the turn of the millennium. It was a revelation, and soon became more than just a hobby. Since then, she shoots worlds that are far away or close to home, with an approach situated somewhere between documentary and art. Her guiding principle, which runs throughout her work giving coherence to her opus: approach the subject, develop a relationship, learn the language, take time, become invisible.

For the past few years she has been fully dedicated to photography and explores the complexity of other cultures which she looks on in a very personal way, with curiosity and empathy. It was in this way that she followed an Indian postman on his rounds in the desert, discovered traditional akha medicine and documented the ethnic akha population in Thailand, and tracked the vestiges of the Khmer Rouge genocide in Cambodia.

Isabeau de Rouffignac uses photography in a silent revolt to highlight the plight of the weakest members of society. Her most recent project, in Bhopal, India, retracing the world’s worst chemical disaster, is a proclamation in defense of those people, often unheard, who continue to battle for their rights.

« THE WINNING GAMBLE OF THE ARKHANGAI YAK BREEDERS »
Didier Bizet
The herdsmen are helped by a cooperative supported by Vets without Borders in their daily quest to develop yak breeding, ensuring a balance between economic and ecological interests.
Mongolia 2018.

« THE PEARL RIVER DELTA »
Raphaël Fournier
The Pearl River delta, southern China, was once a peaceful region of rice paddies. Today it is the biggest metropolis on the planet. China 2017.

« VENEZUELA – THE MARACAIBO DISASTER »
Chris Huby
Maracaibo, the country’s second-biggest city, was once prosperous thanks to oil wells in its lake. Today the city is facing one of the most serious economic crises in the modern world.
Venezuela 2018.

« INDIAN TIME »
Elena Perlino
An encounter with the indigenous peoples living on the border between Labrador and Québec. 2019 was declared the Year of Indigenous Peoples by the UN and the UNESCO. Canada 2017-2018.

The winners of 10th SOPHOT 2020 Prize
Scroll to top