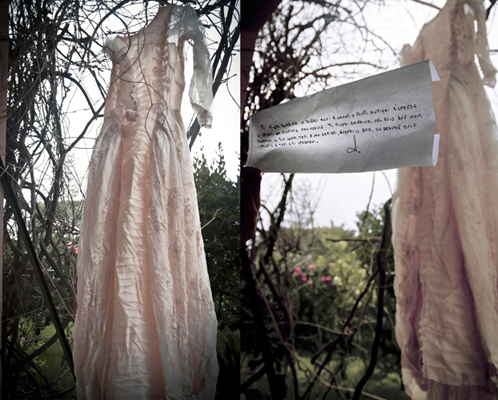 “Glimpses of Broken Silence; A Photo Essay of Women’s Experiences of Domestic Violence in Sicily” Background According to press reports, in Italy in 2013 there were 137 cases of femicide and 83 cases of attempted femicide a great majority by partners, ex-partners and relatives. These statistics don’t include the “ordinary” cases of domestic and intimate partner violence that many women experience in the course of their lives. Starting from this dramatic reality, the proposed project aims to explore through photography the experience of women victims in one of the most economically deprived Italian region, Sicily, where the low female employment rate and entrenched cultural values not only expose women to gender violence, but also make it especially difficult for them to break out of violent relationships. Women are easily blamed for inappropriate behavior seen as deserving “punishment”, while men’s violence is excused or minimalized as “innate” and a sign of masculinity by complacent family members and a surrounding society too eager to ignore it. In this patriarchal context, women subjected to physical and psychological abuses suffer in silent in the solitude of their domestic scene. The Project The proposed project aims to produce a photo essay providing visual glimpses of the contrasting emotions of women victims of domestic violence. Employing a participatory approach, women victims become actors in telling their story and in choosing evocative images to represent it in a way that builds their confidence and self-esteem. Avoiding the typical portray of beaten faces and violent acts and being careful to protect the anonymity of the victims, the method chosen is to build a visual narrative that evoke rather than document the whole experience of the participating women while providing them an opportunity to elaborate their experience from being abused to the awareness of one’s integrity, the decision to seek help, the healing process and to the kind of “redemption from the victim’s condition”. In a first experimentation, seven women victims were approached early this year through the help of service organizations dedicated to fight violence against women in Palermo, Sicily. Through a series of preliminary encounters, trust was established for women to feel safe in sharing their stories orally and in writing. Many of them choose to use metaphors in their writing to describe their deepest feelings, such as the metaphor of blades going through the walls of a burning house used by one of the woman victim to express her sense of self-annihilation. From this, the idea was derived to use the small pieces of paper with their written feelings as the central piece of the photo essay. As fragments of their suffering and their will to survive they were photographed against backgrounds suggesting their sadness, anger, and sense of solitude among other emotions.
Pays : Italie
Lieu : Palerme