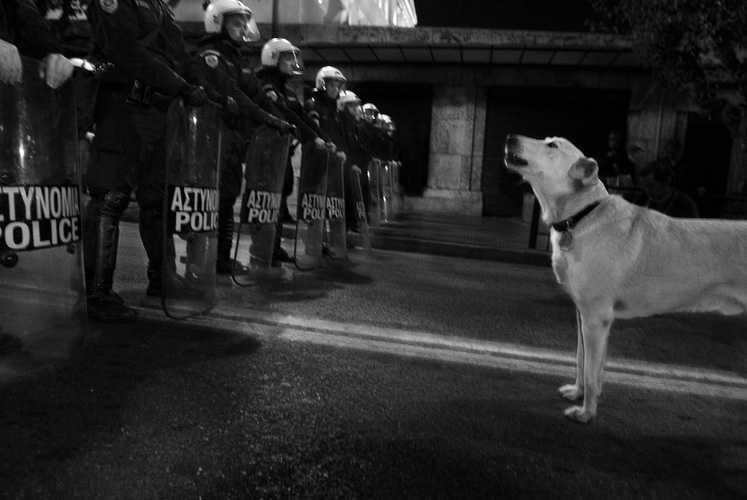 Greek Crisis What a waste! Once again, on February 12th 2012, on a backdrop of demonstrations and riots, the Greek Parliament has endorsed the new austerity measures demanded by the Troïka. Hitherto, most of the voices heard are demanding the austerity measures to stem the shortfall. The biting measures that Greece has been forced to apply in exchange for aid, have reduced the minimum wages (€586), have reduced the total amount of doles (€360), dumbed down the idea of healthcare services, dumbed down the idea of pension plans, dumbed down the concept of education, etc. Is it the swiftest path to uncontrolled bankruptcy? Greece braced itself for a fifth year of recession. In November 2011 unemployment reached a record of 1,02 million on a total population of 11 million people, an increase of 48,7% in one year; the Gross Domestic Product went down to 7% during the last quarter of 2011; nearly one out of two 15-24 years-old is unemployed, (48%) according to The Hellenic statistical authority (El Stat) These plans solve nothing and are leaving the Greeks without hope for their future but to endure stringent belt-tightening for at least the next decade. These people are citizens, flabbergasted but aware, disheartened but proud…Europeans citizens who undergo this predicament time, mostly due to the carelessness of politicians. Besides the crisis human lives are being shattered here… It is the voices of those people and their feelings going through the crisis that I intend to highlight in this photographic work.