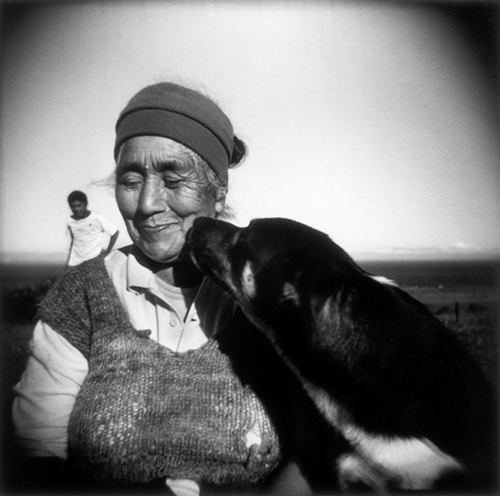 In 1974, I was six. I was in Belgium and I had never heard words such as “exile” or “dictatorship.” My mother had a pupil, a Chilean girl who had just escaped the regime of dictator Pinochet. Everything about her was unfamiliar to me: her language, why she had to leave her country…even her name. Years later, I came across an article about Chile. I was surprised to see that the country looked nothing like I had imagined. I decided it was time to see it for myself In 2002, I set off to explore the country. After three weeks, I ended up on an island called Chiloé. When the tower of the church of Chonchi fell on my rental car, I was rescued by some Chilotes and adopted by a family. I ended up returning again and again. Chiloé is an archipelago 1,100 kilometers south of Santiago. Its isolation has created a strong sense of identity and community. The island has developed its own mythology and culture, reflecting the constant struggle with the land and the sea. Change has always come slowly to Chiloé. But with the arrival of new technologies, Chilotes are beginning to see changes in their economy and their relationships. Logging, tourism, and the salmon industry’s contamination of the water, have slowly consumed Chiloé’s solitude and traditional way of life. This is why I wanted to collect stories of a way of life that may soon disappear. There is tremendous beauty in this life connected to nature and tradition, but it is a life of hardships. In many communities, there is no hot water, no doctor, no cars. On the other hand, people have cell phones, though they might not have electricity to charge them. People survive through farming, fishing, collecting seaweed. Some modernization could make life easier; the challenge is to make a transition while keeping identity alive. These are the stories of an island that believes in ghost ships, witches, God, and the power of community. A land of rainbows and potatoes—a place where church towers help fishermen come home.
Pays : Chili
Région : Chiloé
Lieu : Isla Meulin