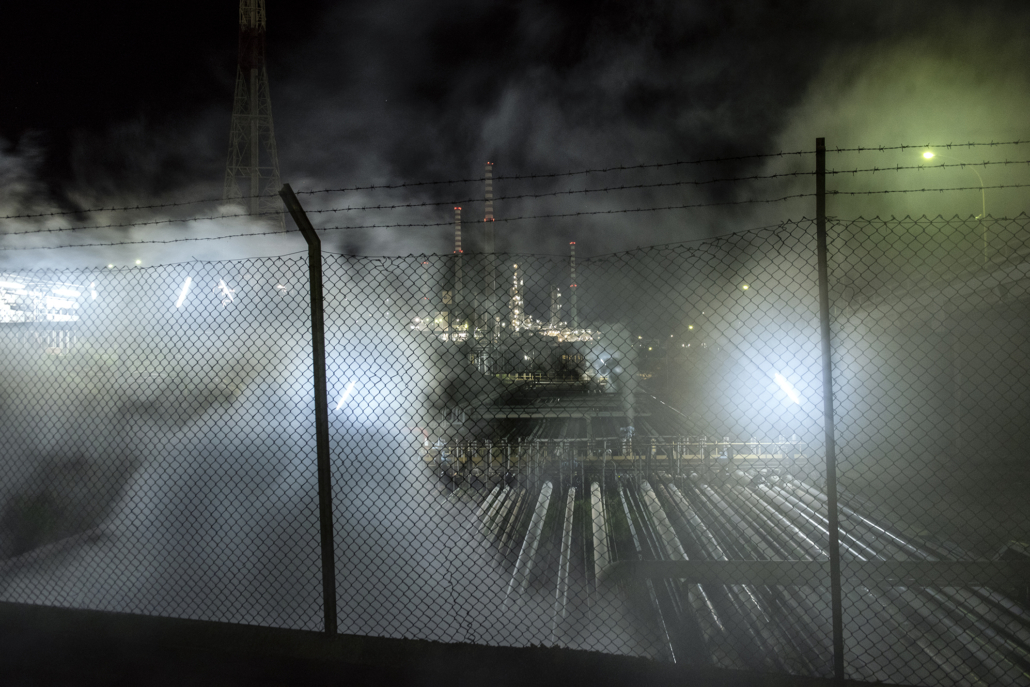 Augusta-Priolo is one of the largest petrochemical complexes in Europe, covering more than 20 kilometers of the Sicilian coastline along the Ionian Sea, between Augusta Bay and the north of Syracuse, and providing 34% of Italy’s petroleum products. The first industrial development of the site, beginning in 1949, was funded through the Marshall Plan. The bay is deep, there is a plentiful supply of water, and in geopolitical terms, the site is ideally located in the heart of the Mediterranean, with access to cheap labor. These factors attracted development projects, and over a number of years, industrial plants were built, forming a network of refineries, power plants, and production facilities manufacturing asbestos, cement and chemical compounds (e.g. fertilizer and polyethylene), and taking over this stretch of the Sicilian coast. Before long Augusta-Priolo was one of the driving economic forces of Italy, and by the 1980s employed as many as 20,000 people.

Hide legend
The intensive industrialization brought rampant pollution damaging the environment, and the situation was made even worse with wheeling and dealing between criminal networks and public authorities, taking advantage of silent and submissive local communities terrified at the prospect of the economy collapsing if the industrial plants closed down. High levels of pollutants have been released into the air, industrial waste has been illegally dumped and buried on land, and toxic sludge and mercury have been discharged into the sea, with an estimated 500 metric tons of mercury dumped in Augusta Bay since 1958. The death rate from breast cancer in the region increased from 8.9% in 1951 to 29.9% in 1980. The prevalence of congenital malformations went from 1.9% in 1989 to 5.6% in 2000, producing the highest rate for abortion and spontaneous abortion in Italy. In 1998, a coastal area of 5,815 hectares and a maritime area of 10,068 hectares were officially recognized by the Italian government as a site of national interest, requiring compulsory decontamination of land, surface water and groundwater. Today, only one small zone has been cleaned up. Emissions of certain substances are still not regulated (e.g. NMHCs, H₂S and other VOCs). To make matters worse, a number of decisions have been problematic, for example the decision in 2015 to transfer waste from the iron and steel plant in Tarente to a municipal landfill site. A total of 120,000 residents north of Syracuse, in and around Augusta, Priolo Gargallo and Melilli, have suffered both directly and indirectly from these conditions. “Sacrifice” is an endeavor to present the human and environmental dramas that have been playing out in the silence of Sicily.