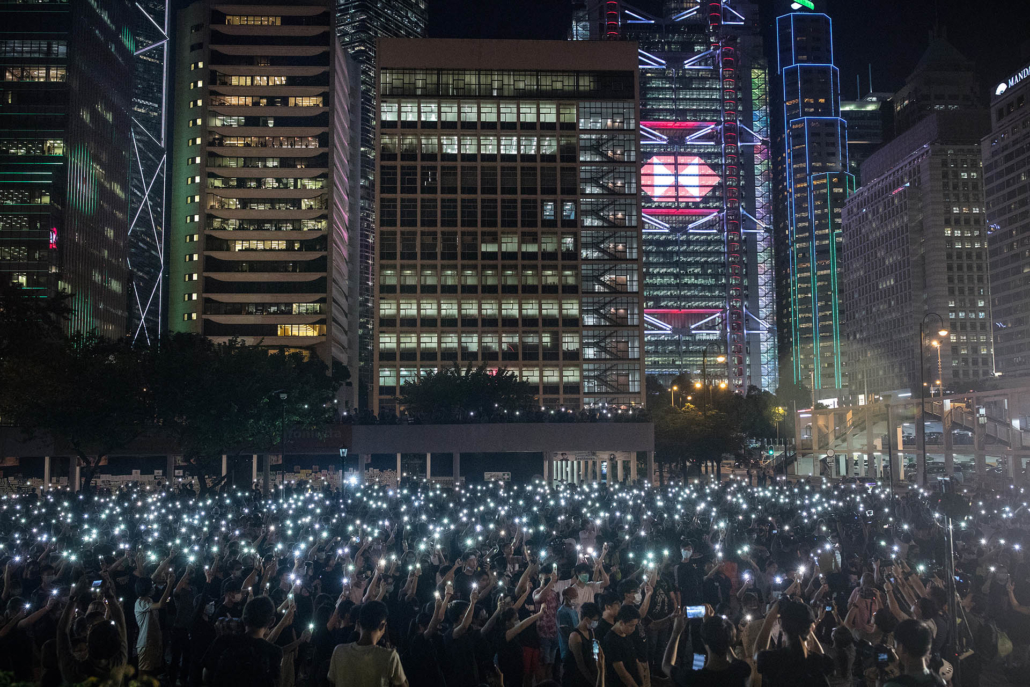 Since June 2019, protests have rocked the city of Hong Kong. What began as a movement against draft legislation allowing Hong Kong residents to be extradited to mainland China to stand trial, became an overwhelming indicator of growing discontent with the Chinese Communist Party. Millions took to the streets in mostly peaceful pro-democracy demonstrations, but over time protestors became more radical as the government toughened its position.

Hide legend
To date, over 7,000 people have been arrested, 2,600 have been injured and there have been two related deaths. Protests that were originally political have developed into something quite different, addressing long-standing social grievances in Hong Kong, including the widening gap between rich and poor, the lack of affordable housing, the steady erosion of rights within the territory of Hong Kong, and increasing animosity between mainland Chinese and locals who now see themselves as distinct, as “Hong Kongers” holding out against the inevitable stranglehold and control by the central Chinese government.

The principle of governance of “one country, two systems” (introduced in 1997 when Hong Kong was handed over to China, ending 156 years of British colonial rule) will end in 2047, but critics argue that the deadline has already been reached, citing many instances where China has sought to erode the special freedoms and status of Hong Kong, to assert greater control over the territory, and to silence dissenters.

I had spent nearly ten years covering the Middle East before returning to Hong Kong to document the protests, and was surprised to see how quickly demonstrations had become the new normal. The city was transformed, with people taking different sides over multiple divisions: some supporting the protestors, others despairing at the chaos, and some backing the crackdown by Beijing. The place of my childhood had descended into an unfamiliar rhythm, and seemed to be almost accustomed to the extreme violence.

“The People Dissent” is about the hope of young protestors living and continuing to live in hope despite increasingly bleak prospects for the political future of Hong Kong. Complexities behind the demonstrations go deeper than visual observations. This David and Goliath showdown is, according to most observers, destined to fail, yet, in spite of everything, the protestors are persisting. They have no future to lose. They dissent, against the Chinese government and its proxies, and against what seems to be an inevitable outcome.