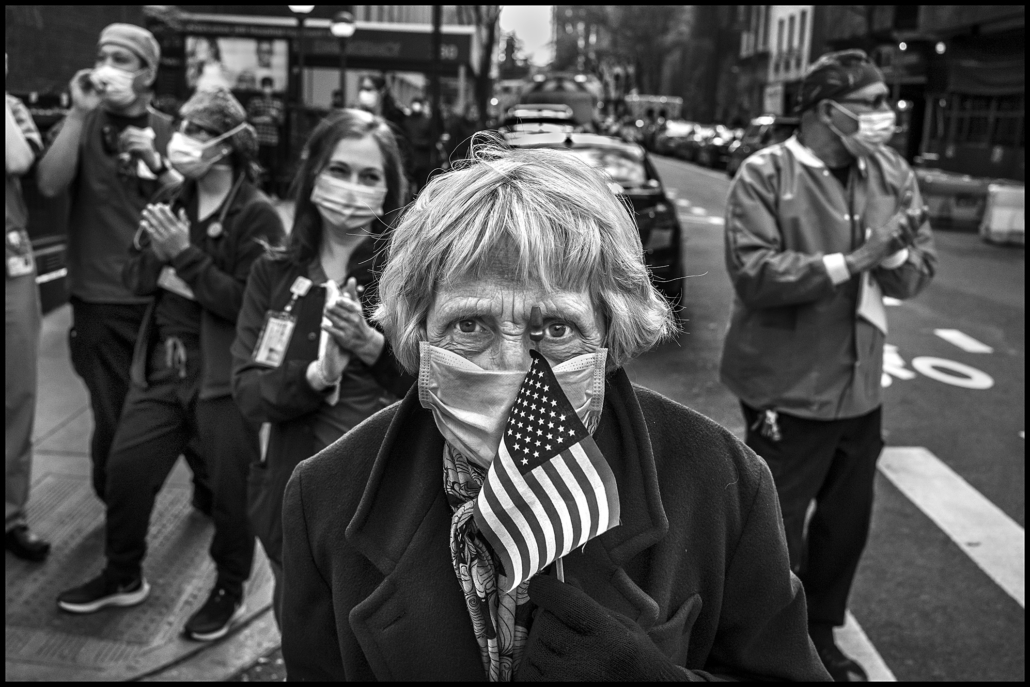 Here is a visual tribute to the humanity of the heroes and victims, often one and the same, who have been at the New York City epicenter of the war against the Covid-19 invisible enemy over the past two months. As a documentary photographer, over the past forty years I have covered so many major news stories of geopolitical importance, including most wars and conflicts. I have been a nomad over those four decades, rarely spending more than two or three weeks in one place, then, in March, I found myself in New York City when the Covid-19 lockdown was imposed, and I was unable to travel. On the first day of lockdown, I did what was most natural to me: I went out into the city with my camera. I was stunned and shaken by what I saw. I realized that this was the first time I was going to witness a war on an invisible enemy “at home.” It became clear that this was going to impact every single person, that every person had a story. I immediately began a daily New York lockdown visual diary.