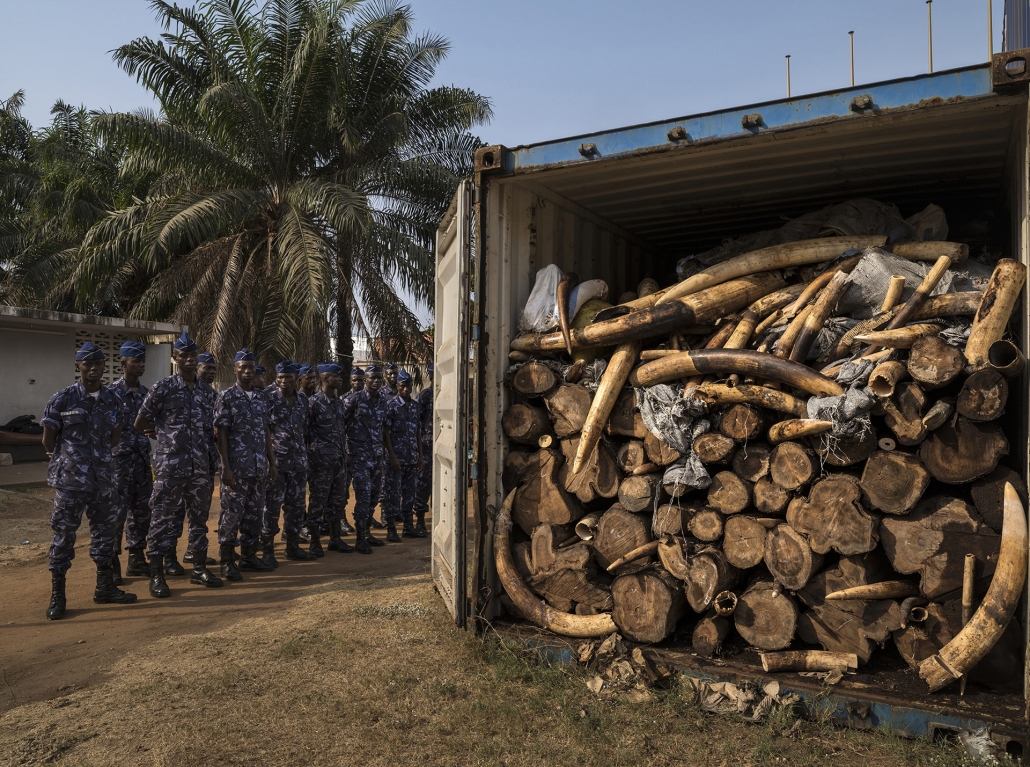 They are waging a war which doesn’t say its name. On front lines in motion, buried in remote and hostile territories, they are fighting an enemy without flag nor uniform who ignores the borders of sovereign states. Often poorly equipped, these rangers daily risk their lives for meager wages for one sole purpose: to stem the scourge of poaching. Mainly fueled by demand from Asian markets and the emergence of new Chinese and Vietnamese wealth, the illegal trade in ivory trophies, rhinoceros horns, pangolin scales and other spoils is the reason for accelerated extinction of several protected species.

South African photojournalist Brent Stirton has been documenting the fight against poaching and animal trafficking since 2007 when he made this famous photograph of the remains of a gorilla carried like a Christ by a dozen of rangers which brought him a first prize at the World Press Photo. Twelve years and twenty other prizes later, in 2019, it’s the portrait of Petronella Chigumbura, member of Akashinga, the first exclusively female rangers unit, that is noticed and runs for the Photo of the Year.

Throughout these years, Brent Stirton hasn’t stopped following the daily routine of rangers. Zimbabwe, South Africa, Democratic Republic of the Congo, Chad, Central African Republic, Uganda, Kenya… All over the African continent, these men and women face this protean hydra with resolution: from local hunters paid by Asian cartels to terrorist groups such as the Lord’s Resistance Army of Joseph Kony or the Sudanese Janjawid and other tribal militias. In this war of attrition for the protection of wildlife, rangers are in the front line.

This exhibition is dedicated to them. – Vincent Jolly