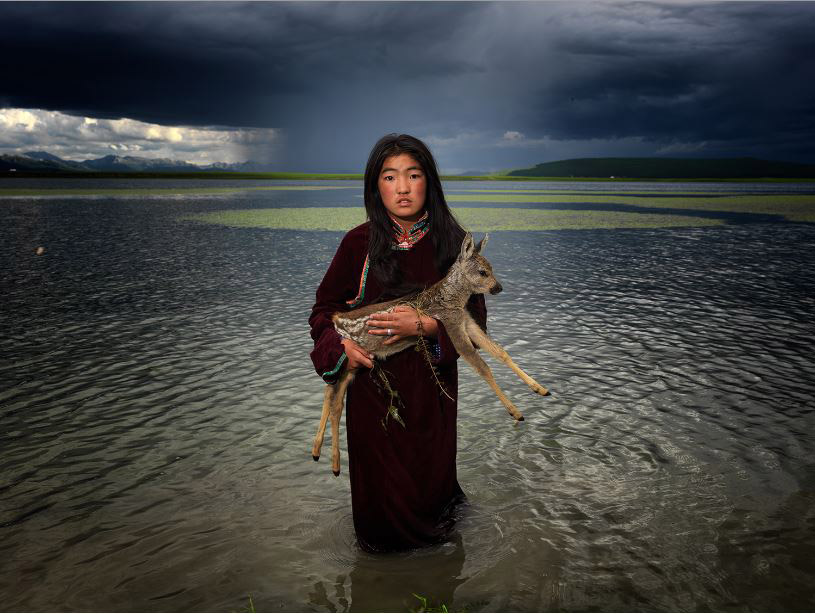 Of Iranian origin, Hamid Sardar is a graduate of Harvard University where he obtained a doctorate in Sanskrit and Tibetan studies. A filmmaker committed to the preservation of endangered cultures and habitats, his work on indigenous peoples, particularly the nomads of Mongolia and Tibet, has won several awards.

Recently, the La Rochelle International Adventure Film Festival awarded him first prize for his film “The Mongolian Rider”, broadcast on ARTE in February 2020.

He presents at the HEGOA gallery a selection of mythical and unpublished photographs.

Above all a director, Hamid Sardar has developed an aesthetic of image processing and strives to magnify the landscapes of the regions where he spends most of his time today such as Mongolia, Tibet or Burma. His linguistic research and his commitment to the preservation of indigenous cultures allow him to share the daily life of nomadic tribes and to bring us images that are as accurate as they are intimate. Each film or photograph reveals the wonder of the nomadic Paradises as he likes to call them. His work highlights the fragility of the Taiga and Mongolian cultures and commits us to preserving them.

During his expeditions, in the midst of the sometimes hostile steppes he explores, he finds himself closest to the people and animals he portrays with respect and majesty. Among reindeer, wolves, bears and eagles, humans integrate themselves with nobility. A nobility and beauty sublimated by the images of Hamid Sardar.

“I wanted to stage a human epic in order to allow us to dream, to identify ourselves with these shepherds, shamans and hunters, and to make us want to protect this culture and nature. “Hamid Sardar for Arte

Hamid Sardar has a very important photographic background linked to the nomadic culture threatened by irreversible upheavals and I was touched by his view of the beauty of the world. He agreed to take a break from his film projects to exhibit at the HEGOA gallery a selection of mythical and unpublished photo-graphs on the “NOMADIC PARADISE” of indigenous peoples. I am very grateful to him. Nathalie Atlan Landaburu

PRISON, BEYOND THE WALLS Scroll to top