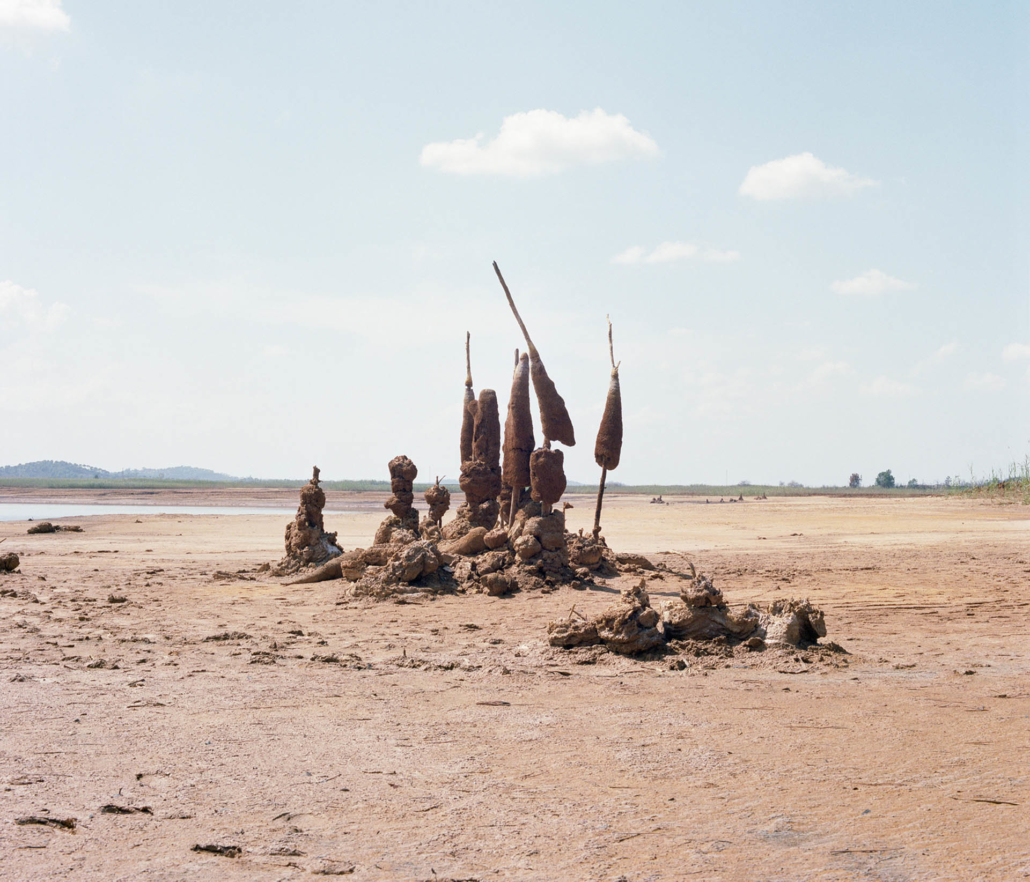 Coline Jourdan is a visual artist and photographer. Fully committed to environmental protection, she questions the codes of representation in photography, taking a particular interest in toxicity, its presence in our environment and its often imperceptible impacts. Les noirceurs du fleuve rouge is a project that starts in the Rio Tinto basin in Spain. The river, polluted by the region’s mining activity, is becoming acidic and is gradually turning red. To bear witness to this ecological disaster, the photographer has augmented the photographic development process by using water from the river itself. The resulting chemical interaction alters the initial image of the landscape, producing blackened images in which fragments of nature attempt to survive.

Sébastien Leban is a freelance photojournalist who is focused on the consequences of climate change. Located in a swampy zone a hundred miles from Washington DC, Tangier Island is a metaphor for the world’s current environmental denial. Despite the island gradually sinking into the ocean, the climate-sceptic inhabitants refuse to acknowledge this reality. Here, erosion is gathering pace, swallowing up to 4 metres of coastline every year. At this rate, the island could be gone within 30 years. With no future prospects, young people are fleeing the island and its difficult living conditions. The islanders are largely Republicans and ardent Christians who support current government policy, refusing to admit the urgency of an ecological shift. Ultimately, they risk becoming climate refugees.

THE FORGOTTEN PHOTOGRAPHER OF THE 1920s Scroll to top