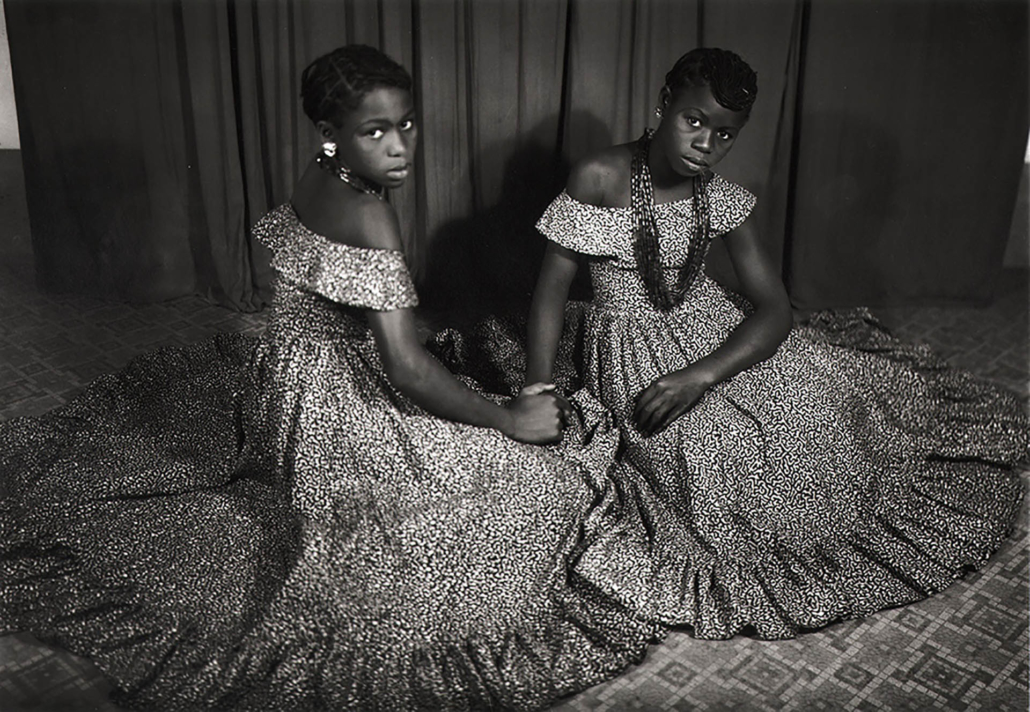 This exhibition is a tribute to the fathers of photography in French-speaking Africa and to the youth of the 1960s, the twist years. These photographers are above all portraitists, but drawn into a joyful movement of liberation, they left their studio, traveled the city in reportage to capture the atmosphere of the nightlife.

From the 1950s, Jean Depara roamed the streets of Kinshasa, from bar to dancing club, to the sound of rumba, Afro-Cuban dance. In 1961, Malick Sidibé followed the young people of Bamako to capture the twist, a dance from the United States via Paris. And it is no coincidence that in 2017, two posthumous exhibitions in Paris and Arles were named “Mali twist” and “Swinging Bamako”. The vogue of the twist in Bamako can be considered as a surprise in a city which celebrated its Independence for a year and which, by mimicry with the West, devoted itself to a music whose musical structure breaks with the African musics and with the jazz.

We find this mimicry in attitudes and costumes: men quickly adopted the European dress, followed a little later by women. The decor used imported objects, from motorbikes to the Beetle. In his studio, Seydou Keita had European accessories: scooters, watches, pens.

In a context of political independence which could only be achieved with the economic and cultural aspects, one could be surprised by this pro-Western fashion while the students of Berkeley and the Latin Quarter looked towards Che Guevara, Mao or Martin Luther King. It must be said that there is a double context: that of African independence which liberated youth from the Western colonial yoke, and at the same time, in this western world, a phenomenon of liberation of youth which asserted itself as a socio-cultural category in its own right, which, nourished by the thought of Marcuse and the pill, exulted in May 68.

A movement of such great magnitude that played with borders like … the twist!

These photographers asserted themselves as artists by vocation, by the favor of the public and by necessity. The black and white film, for economical reasons, required a single shot and often in the light of day. So you had to work on the framing, the light, the pose wherever you were, but with an arranged decor. By training, by instinct or by necessity, the portrait always imposed itself. We took care of the face turned a little to the side, the position of the hands and especially the look which must reveal the “image” as Bacon says about the “too true” portrait of the pope by Vélasquez. Seydou Keita, who claims to be an artist, said the same thing: the photographer is “a man eater because he has taken away his” dyaa “or his” double vital “.

Through these faces and these attitudes, can we capture with the portrait photographers, of that time, the soul of the African youth doubly liberated by taking appearance and reality in consideration?