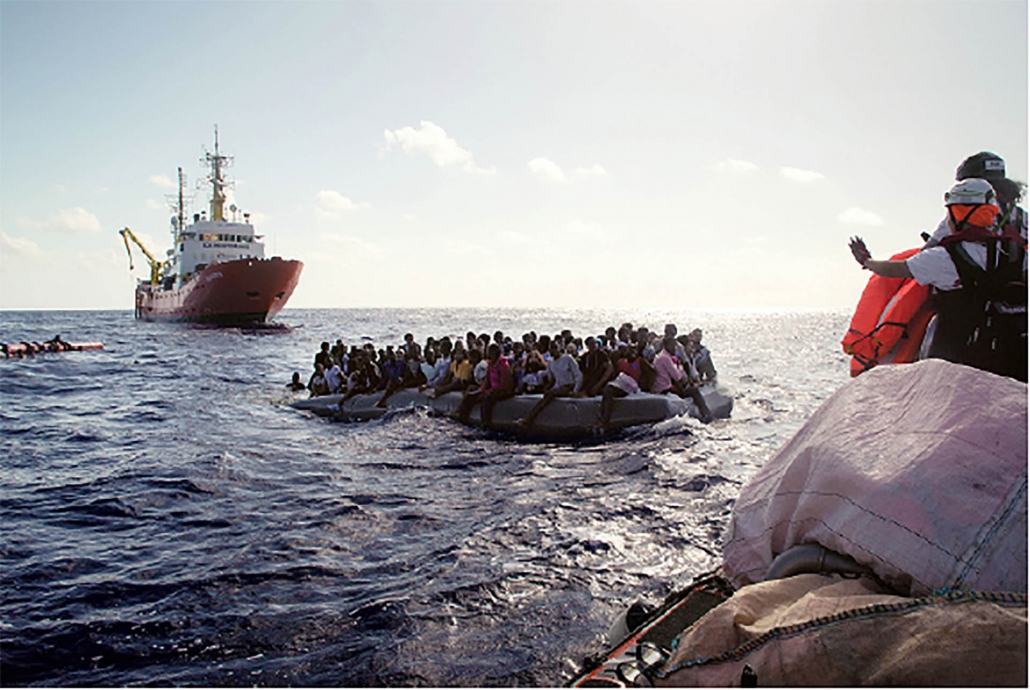 ”In October 2017, I boarded the Aquarius for the first time, a humanitarian ship cruising the international waters off the coast of Libya. I was deeply marked by the vision of these people who had gone to sea leaving behind a part of their history. Many of them were found barefoot, with only a small plastic bag containing the most necessary of their belongings. To escape the horror, they piled themselves into makeshift boats, venturing out at sea in the middle of the night, braving the cold, the swell and the fear. Most of them had never seen the sea before. After three weeks of mission, 588 survivors were laid on dry land at the port of Vibo Valentia in southern Italy.

I returned on board of the Aquarius in September 2018. When Italy closed its ports and the Aquarius was the last civilian boat in the area, exiles continued to flee and to drown. 58 people were rescued.

During 10 days, we shared their daily lives: they proved their patience and cold blood in a very rough sea, preventing us from disembarking them. They demonstrated an impressive resilience.

This series of photographs, taken a year apart, was guided by my first emotions. I witnessed help and humanity reigning aboard the Aquarius, as well as a frightening scene unfolding far and wide on the high seas.” – Maud Veith