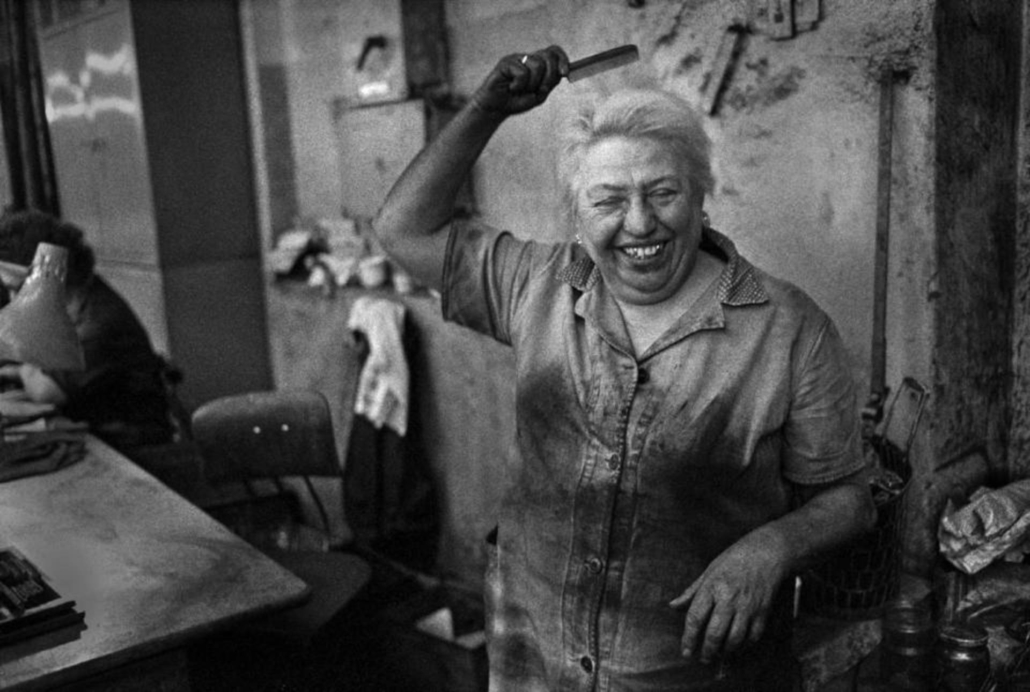 Berlin before the fall of the wall is an important centre of industry. This applies in particular to the eastern part of the divided city. In both a political and industrial sense, East Berlin is the beating heart of the German Democratic Republic (GDR). A large number of Volkseigener Betriebe (or VEB, meaning Publicly Owned Enterprises) are spread across the city, including more than a dozen large companies with several thousand employees.

Günter Krawutschke knows this world like few others. He has worked as a reporter and photographer for a Berlin publishing house since 1965. The industrial plants in the eastern part of the city are a focal point of his work. This frequently takes him to factories like Kabelwerk Oberspree (KWO), Metallhütten- und Halbzeugwerke (BMHW) or VEB Elektrokohle Lichtenberg (EKL). He is less interested in production processes or the company statistics and is actually fascinated by the people working there. In addition to official press appointments, he takes the time to study this world and capture it with his camera.

50 selected images provide unvarnished and sometimes intimate insight into this long-gone world: They document emotional moments and strong characters against the austere backdrop of arduous working life – photos that were usually excluded from public exhibitions during the GDR era.

In this role, Krawutschke unwittingly becomes the chronicler of a reality that only a few years later ceases to exist. Following the political upheaval of 1989– 90, there is radical economic change in East Germany. Today, the factory buildings in which he photographed workers and youth brigades are often Asian markets or gentrified lofts.

30 years since the Peaceful Revolution and the Fall of the Wall: this anniversary is a fitting occasion to use these photographs to commemorate the actual reality of work in the late GDR – beyond any propaganda.