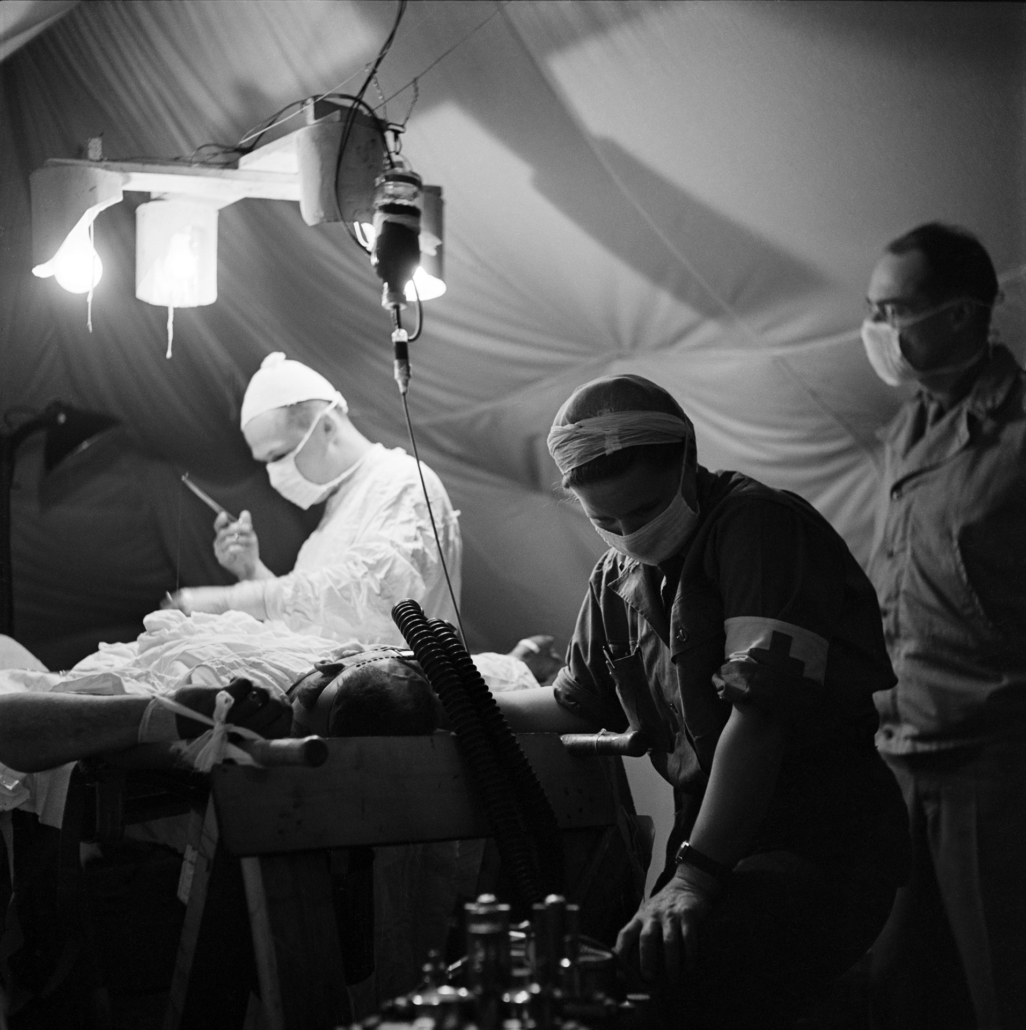 While war photography is a male-dominated profession, many female photographers have worked in war zones. They documented global crises and played a decisive role in shaping the image of war. In the territories of conflict, unlike the men, these women often had access to families, of which they produced particularly moving portraits. They were also active on the front lines and took photos of war victims which do not spare the observer.

By highlighting the pictures and journeys of these eight women war photographers, the exhibition confronts the visitor with a shared view of the violence of war. It questions the notion of gender, questions the specificity of the female gaze on war, upsets certain stereotypes, shows that women are just as much carriers of images as witnesses of atrocity. On the frontlines for almost a century, they take images without hiding the horror of the events. Some died there.

The exhibition addresses a problem shared by war correspondents: how to bear witness to the savagery of war? Should we go through a raw vision or a formal euphemization?

These photographers, whose works range from the European conflicts of the 1930s and 1940s to the most recent international wars, draw on a great stylistic and narrative variety. Their approaches alternate between maintaining an objective distance, observation and personal involvement. Among the photographs, there are intimate glimpses of everyday life during the war as much as testimonies of atrocities or references to the absurdity of war and its consequences.

Christine Spengler does not show the charred bodies but the ruins of Phnom Penh, which touch the viewer without explaining the cruelty of the scene. The corpses photographed by Gerda Taro or by Carolyn Cole more than 70 years ago are just as disturbing. The approach of the first is frontal while the second gives an aesthetic and calm effect to her pictures. Catherine Leroy chooses immediate proximity to her subject and her images are challenging.

The image and its distribution

Finally, the last point on which this exhibition calls out: the reframing of the photograph and its staging to adapt it to the needs of the press.
The photographs presented are as many still images, framed, potentialment constructed by a gaze or by a subjective media diffusion.
This is a question that sends us back to our own tools for analyzing the news.

Each of the photographers presented in the exhibition bears witness with their particular style to the suffering caused by wars. However, their production must take account of economic realities. Employed by photo agencies or the press they must provide “publishable” images, complying with the criteria in force at the time they take the pictures. The emblematic image of the Beirut district taken by Françoise Demulder came close to not being retained by her agency, because the intentions of the photographers are not necessarily those that the media wished to promote. However, this does not prevent them from choosing their subjects and offering very personal images.

These photographers all wished, to contribute revealing publicly what is really happening on the battlefield and behind the front.

The exhibition allows you to understand how these candid images are treated by the press.