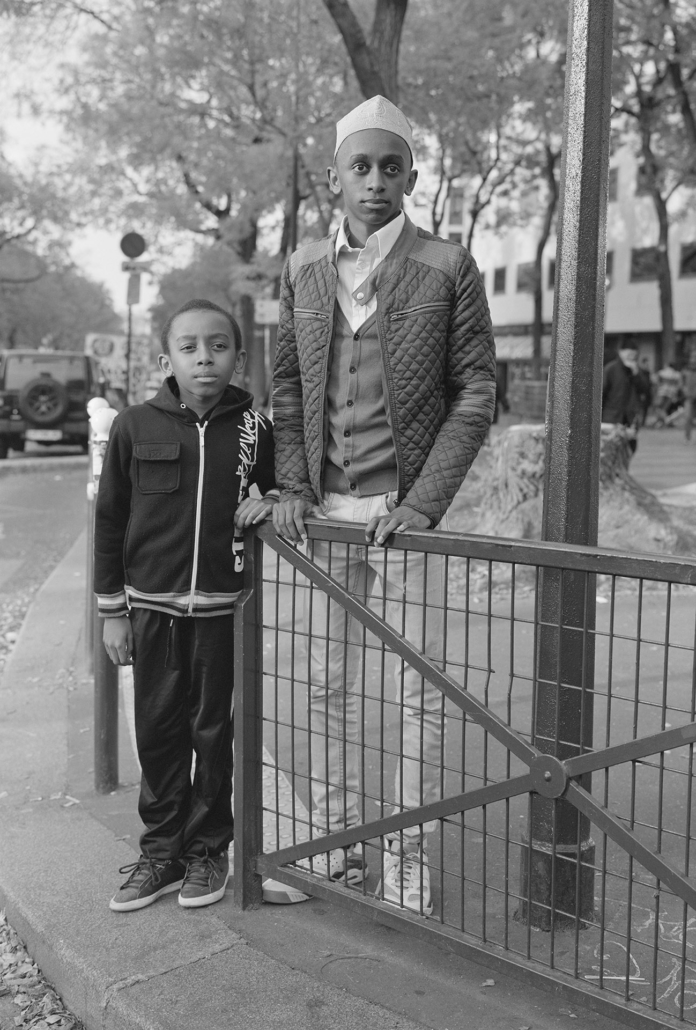 Thomas Boivin’s photographs of Belleville, Paris show the city in use – organic, messy, disordered. They intentionally lack the stereotypical markers of Hausmann’s planned vision for the city but are still beautiful, romantic even. Belleville was created from Boivin’s lived experience, he only photographed places and people near to his home, the boundaries of the project set by a neighbourhood he would slowly walk in a day.

Belleville reflects the passing of time, the seasons, the movement of the eye from ground to tree to fence to person. Boivin remains in public spaces throughout, keeping to the paths and documenting the boundaries – fences, pavements, curtained shop windows we cannot see into. He captures private moments in public spaces, his subjects know he is there, they are complicit and comfortable but there are still barriers. The collected images dance a fine line, close enough to feel soulful whilst avoiding intrusion.

Place de la République is still a work in progress, shown publicly for the first time at A Foundation. In contrast to BellevilleBelleville these portraits of Parisian youth are taken from a fixed position, Boivin returning again and again to the same square, a short distance from his home, with a tripod-mounted camera. As in Bellevillehis subjects are clearly willing ‘sitters’. And as a group these works emphasise the exchange between subject and artist and the profundity of acknowledging a stranger’s existence by asking to take their portrait.

Both projects hold lightly Paris’ deep soaked nostalgia and melancholy. Rather, by rooting his practice within his own neighbourhood, Thomas Boivin’s images express a curiosity for his immediate surroundings, a desire for a form of intimacy in public spaces and, above all, a concern for others.

Tristan Lund, curator of the exhibition.

Belleville, exhibition co-produced by the Fondation A and the Maison de la Photographie Robert Doisneau (equipment from the Etablissement Grand-Orly Seine Bièvre).

THE CRY OF SILENCE Scroll to top