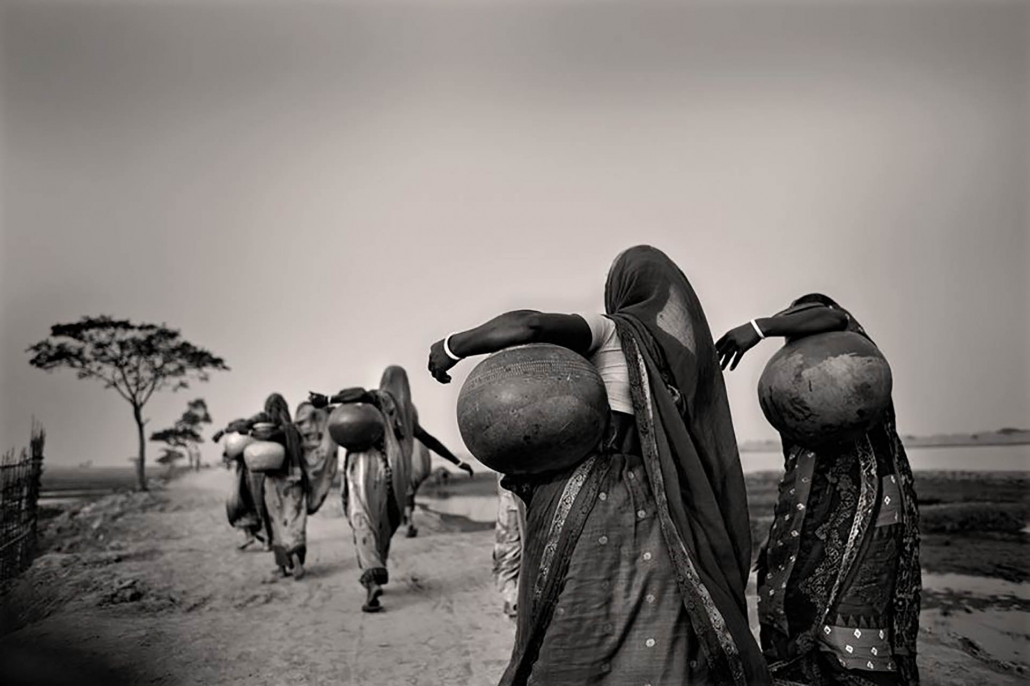 Munem Wasif’s documentary photography looks at people at the margins of society, left by the wayside, ignored, forgotten or oppressed. His topics range from migration to climate change, to urban life.

Bangladesh, with a population of 165 million, packed into an area smaller than the American state of Wisconsin, is one of the first victims of climate change. The people are at the mercy of nature; some live with the memory of losing their grip on the hand of a child washed away by a tidal wave caused by cyclone Sidr.

Once happy villagers leading a peaceful, rural life, they have turned into mere statistics as ”climate refugees”.

This is a powerful story where the beauty of the image is at the service of truth and empathy for men and women seized in their daily life. No text is needed to understand the tragedy of these people who have to walk eleven kilometers, on average, to get their six jugs of drinking water for a day, sometimes during the wet season, in mud until their knees.

THE HANDS THAT BUILT THIS CITY