Laureates of the 1st edition of the SOPHOT competition 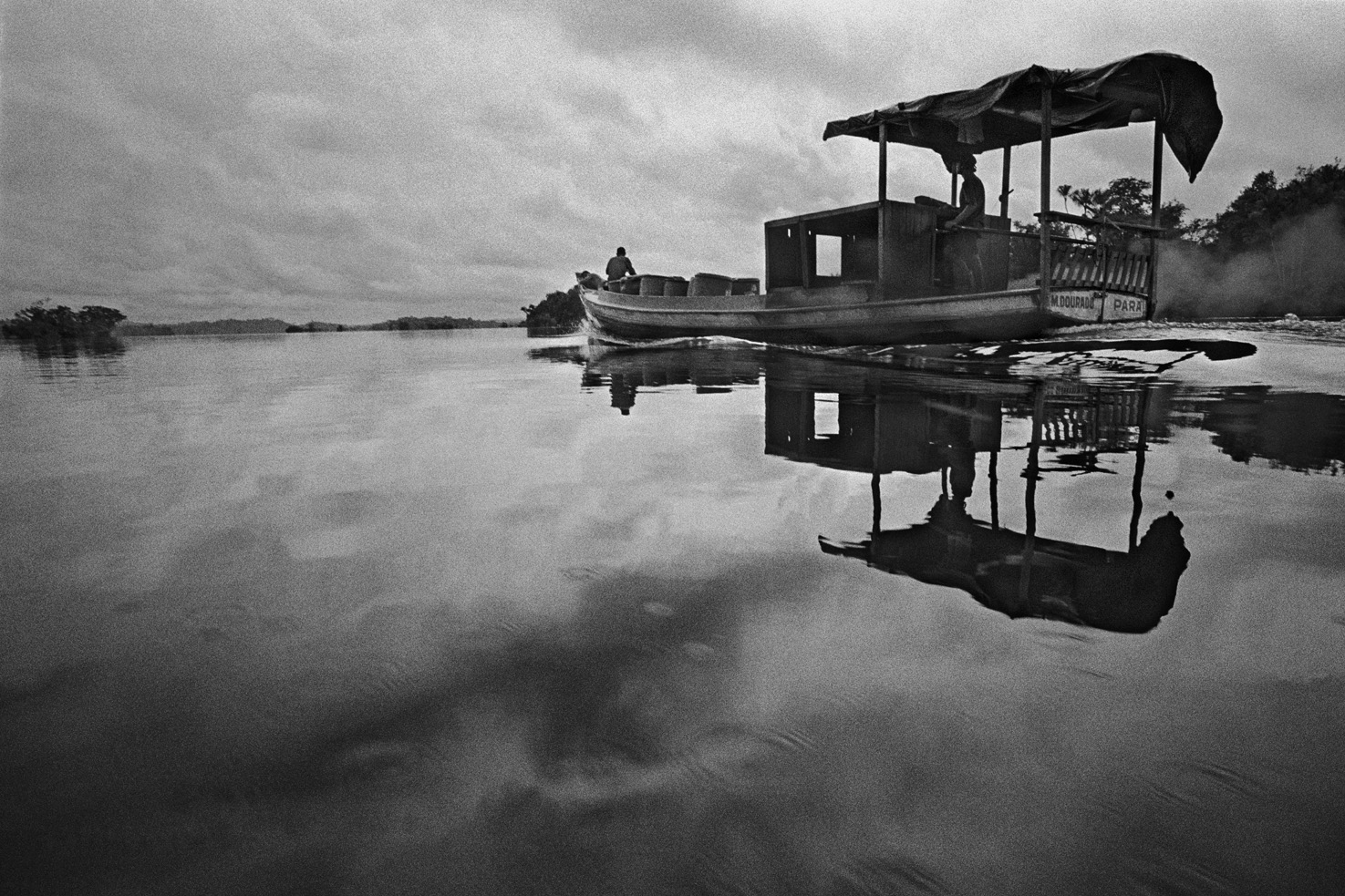 France’s longest border is with Brazil, following the path of the Oyapock * river in eastern French Guiana. This river has been and remains a natural communication route between the two countries. The construction of a bridge between Saint Georges and Oiapoque * will soon facilitate the crossing of the river, a point of passage that the French government intends to strongly control.Backed by mainland France and with the help of EU subsidies, Guiana is the Amazon basin’s El Dorado. However, this department produces little, imports much of what it consumes, and survives with the help of state welfare. The economy is dependent on the coast and on the French space centre located near Kourou. There are no roads, only rivers, and the virgin forest that covers 90% of the country’s interior is still among the richest and most ecologically complete in the world. Wood and gold are the main natural resources of this French department but the lack of logging routes fortunately keeps the exploitation of the forest in check.In this context, the people of Guiana’s interior have to be resourceful. They have developed a parallel economy, producing gold for export. People dig. The techniques and manpower used are Brazilian, the managers French. The many 4x4s on the road to Saint Georges are always full of workers, travelling to Oiapoque in search of employment. Although with its 3503 inhabitants Saint Georges has a population five times smaller than Oiapoque on the Brazilian side of the border, the minimum wage is four times higher. Once the bridge is built, crossing the border will be much harder. Launched at a meeting between President Chirac and President Cardoso, the construction of the bridge over the Oyapock is now finally becoming reality thanks to the signing of an agreement between the two countries. The aim is to create a road link that will connect the towns of Saint Georges, French Guiana, and Oiapoque in the Brazilian state of Amapá. Brazil is working to extend this road with a further 600 km of track linking the border to Macapa at the mouth of the Amazon River. For Europe, this area is the gateway to South America. The work, originally due to be finished in December 2010, has been delayed. The inauguration of the bridge over the Oyapock, announced by the Brazilian Consul Ana Beltrame for March-April 2011, was to be attended by presidents Sarkozy, Lula and Roussef.
* Oyapock: The river
* Oiapoque: The city 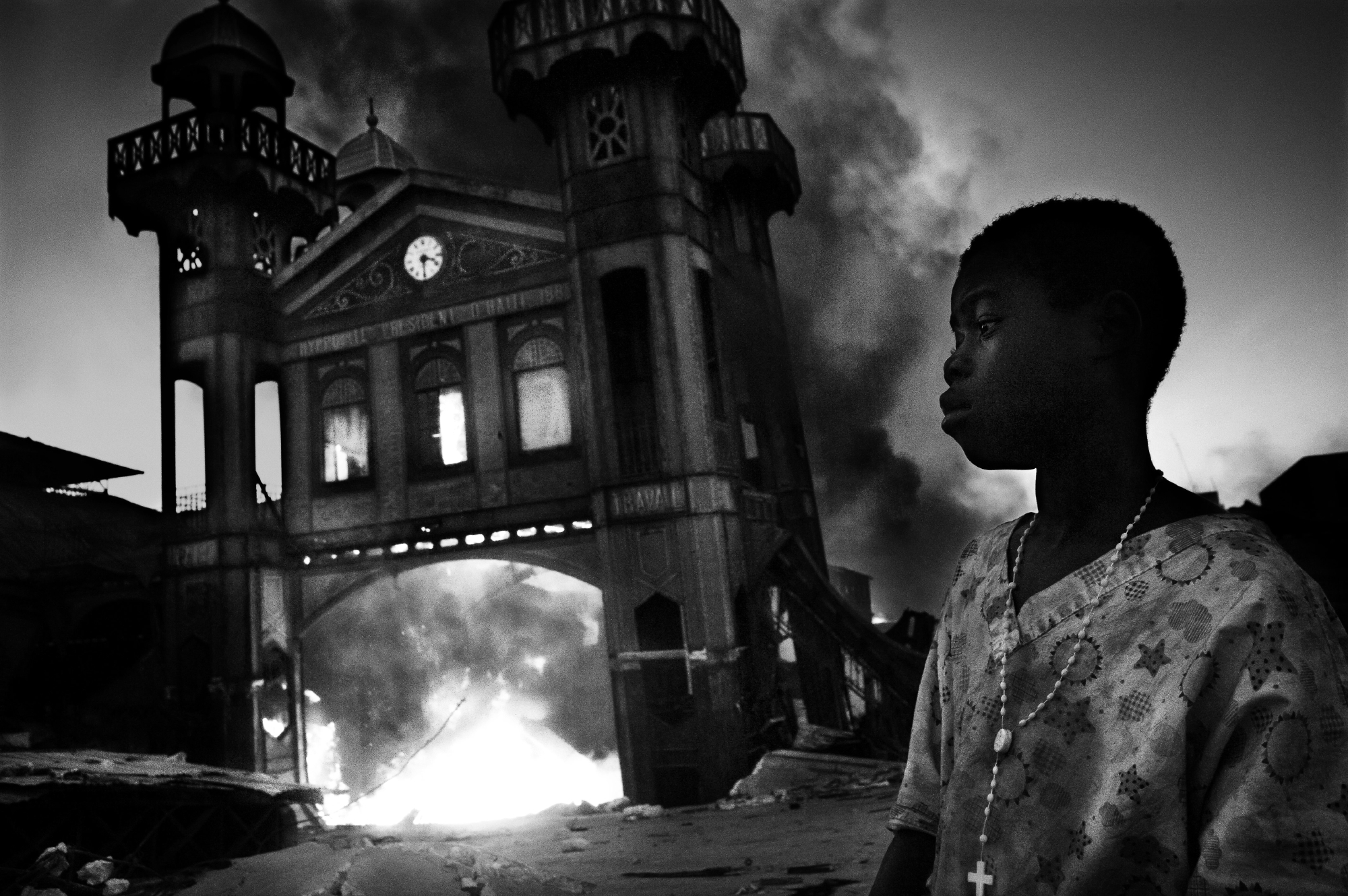 The catastrophic earthquake hit Haiti on January the 12th 2010, caused a number of victims about 222,000.
The city of Port-au-Prince has been crumbled, whole quarters have been razed, all the main facilities (hospitals, banks, police offices, prisons…) seriously damaged. Even the Presidential and the United Nation palaces. Even before this tragedy, Haiti was facing hard life-conditions: the poverty, the political violence and the organized crime were everyday emergencies. The earthquake had made everything just more drammatic. According to UNHCR estimates, nowadays there are about 1 millions and half of dispiace people, surviving in emergency camps without running water nor health services.
This working–progress photographic project is documenting the aftermath of the quake showing not just the days soon after the event: the devastations, the victims, the sacks, and the lack of the assistances, but also the hard living conditions of the desplaced people , the development of the social and political situation, the
rebuildings of the city’s facilities.
Riccardo Venturi has been already three times in Haiti in January, May and November covering the early days after the quake, the dispiace people living condition and the cholera out break and is preparing is forth to cover the political situation.
Biography
Riccardo Venturi was born in Rome in 1966. A graduate of the “Istituto Superiore di Fotografia” in Rome in 1989 he started his carrier documenting social issues in Italy and throughout Europe. Like illegal immigration and the rise of Nazi movements in Germany, or the early years of democracy in Albania. In the mid 1990‘s his attention was mainly drawn towards countries in conflict, such as Afghanistan, winning the prestigious World Press Photo Award in 1997. In 1999 he won the Leica Honorable Mention for his reporting on the war in Kosovo. Ever since, he has travelled to countless countries at war, among them Somalia, Palestine (Gaza), Liberia, Sierra Leone.Over the last years Venturi has covered some of the most significant international events, such as the tsunami in Sri Lanka and the earthquake in Iran in 2003, alternating them with more personal investigations, like a long term project about the spread of tuberculosis throughout the world. This was done in collaboration with the World Health Organization winning the UCSI award for photography in 2007 and in 2008 the” Marco Lucchetta” award.More recently Venturi published a book]project about on the subject of the identity of the Middle East , sponsored by the “Tres Culturas foundation” in collaboration with the Spanish writer]journalist Eduardo del Campo Cortez.
Riccardo Venturi is represented by the Contrasto photo agency since 2001.